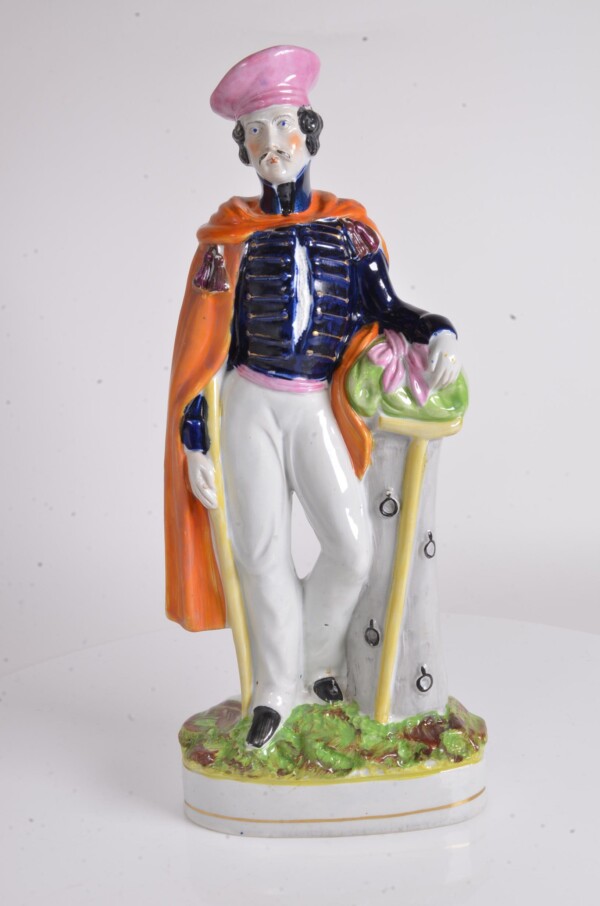 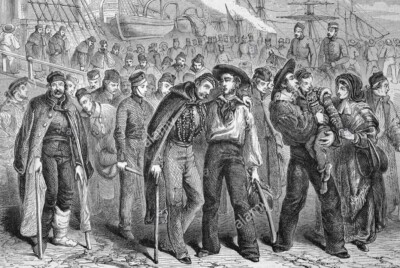 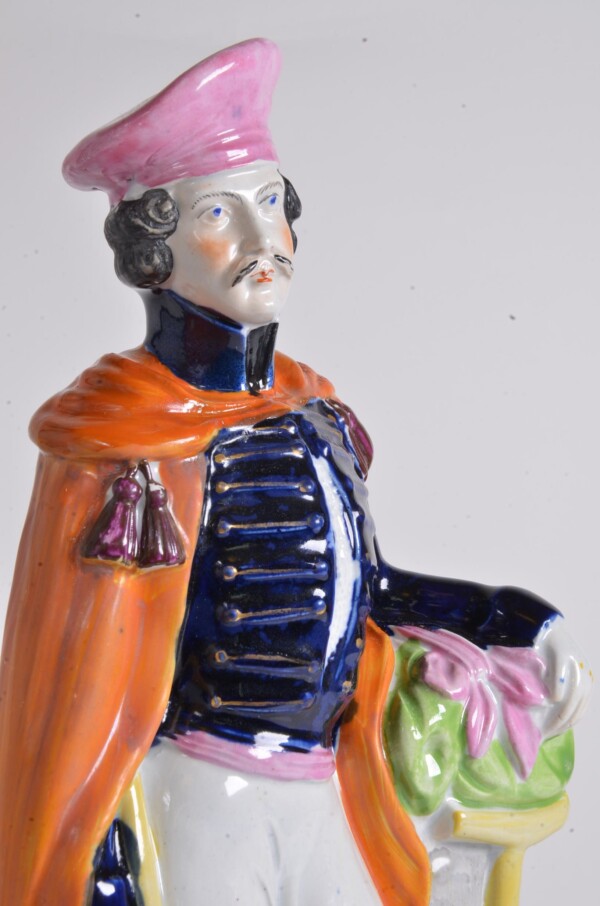 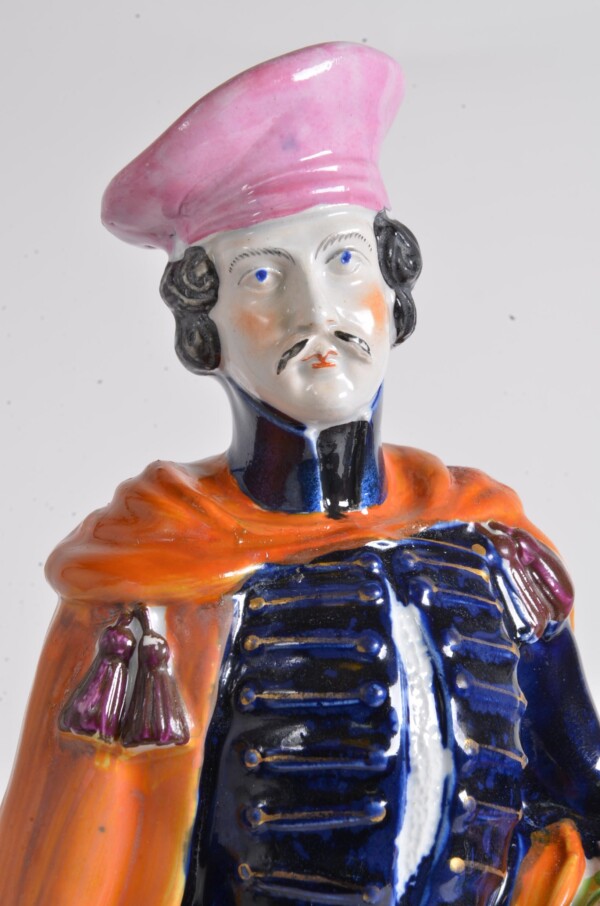 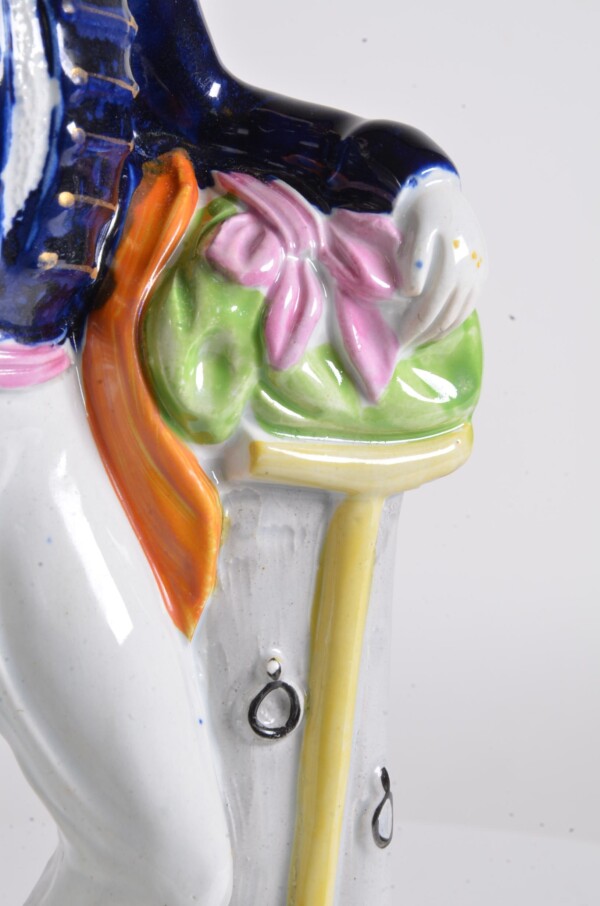 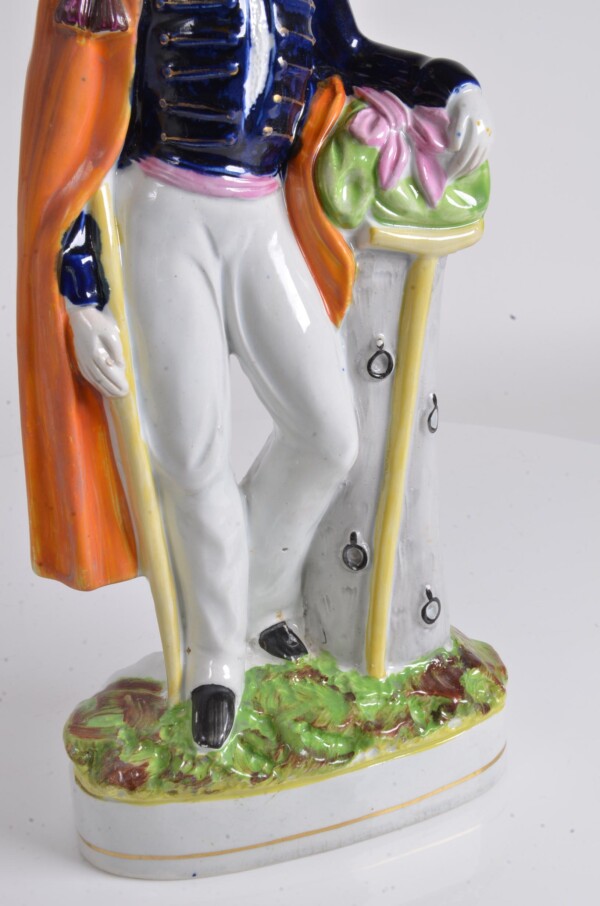 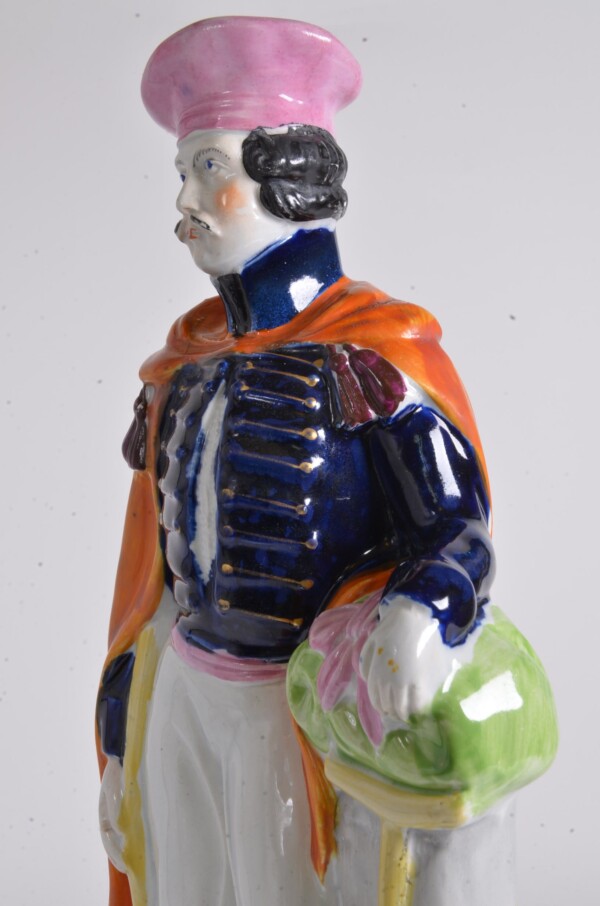 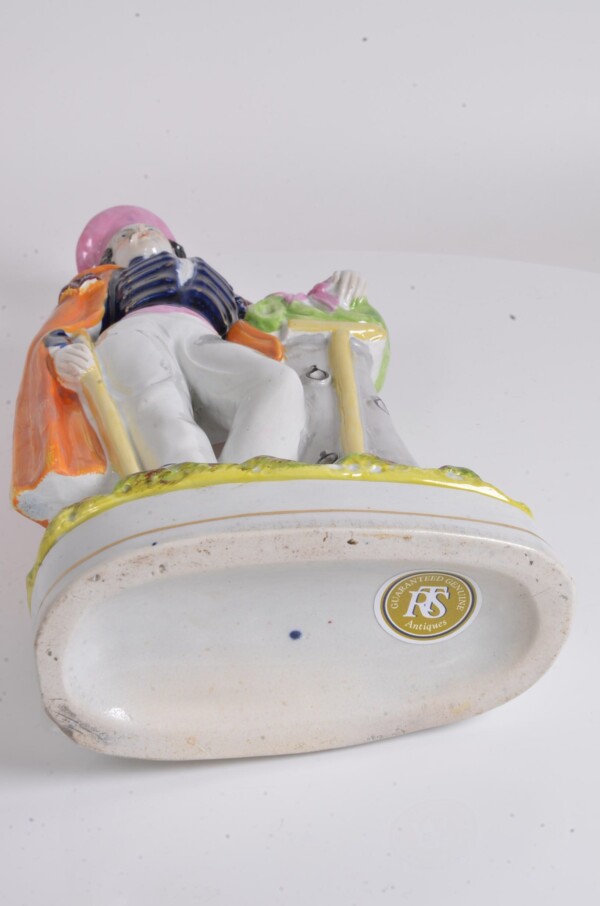 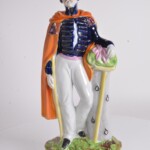 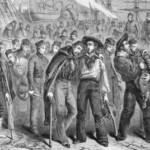 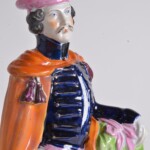 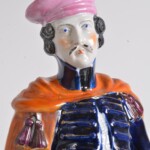 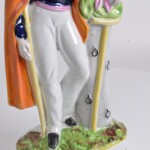 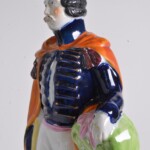 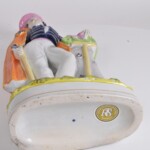 A superb and very rare figure of a wounded soldier standing on an oval gilt lined base, his right arm to his side holding a walking stick, his left leaning on a cloth that has been fashioned as a makeshift bag, tied with a knot and placed on top of a harbour pillar, a crutch below, wearing a hat, cloak, tunic, and trousers. The figures source is thought to have been inspired by an illustration in ‘Cassell’s Illustrated Family Paper‘ on the 7th April 1855 entitled ‘Landing of the invalided and the wounded’. One of only four examples ever found, this figure is one of the rarest of all the Victorian Staffordshire figures produced during the Crimean war, it is superbly modelled, crisp out of the mould and very well coloured. It has had a professional invisible repair to the neck, c1855.