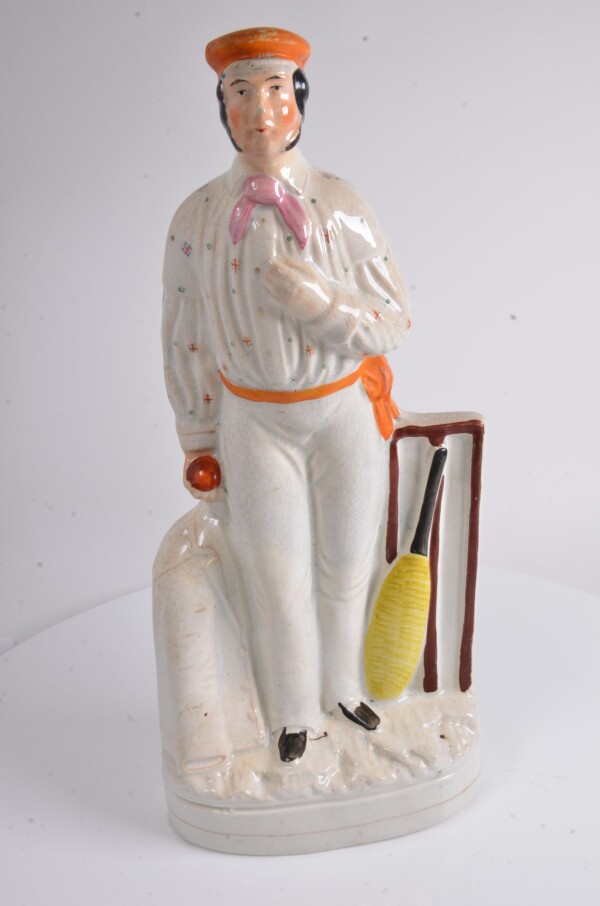 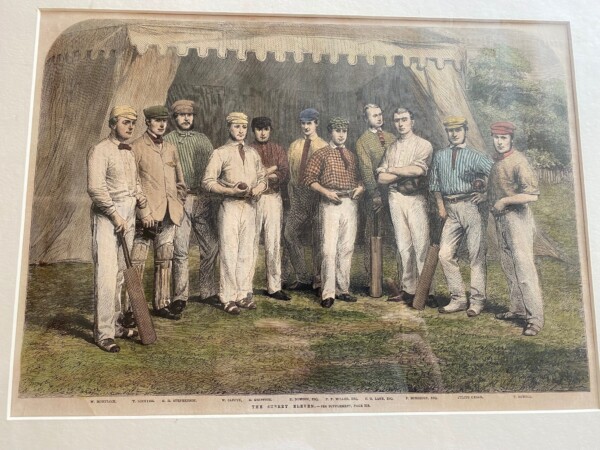 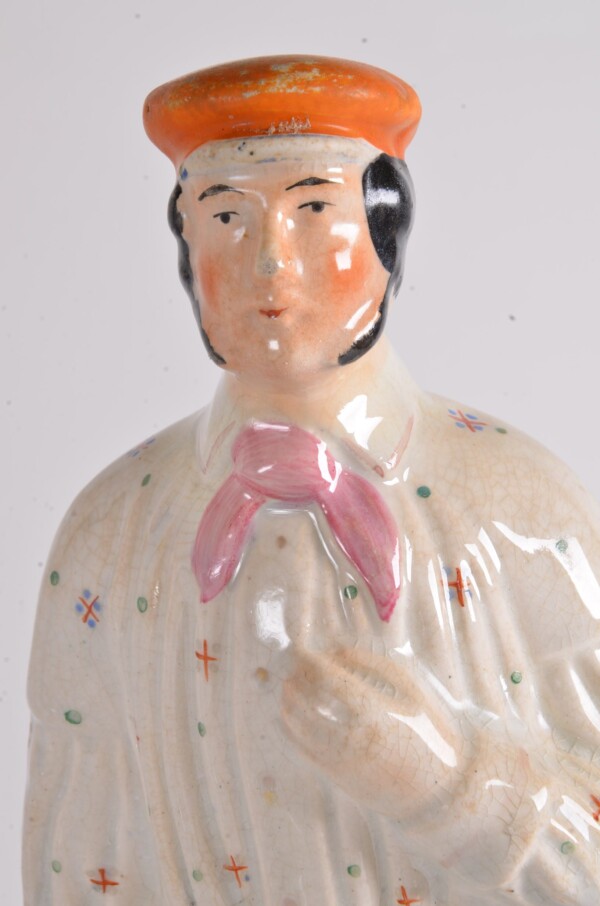 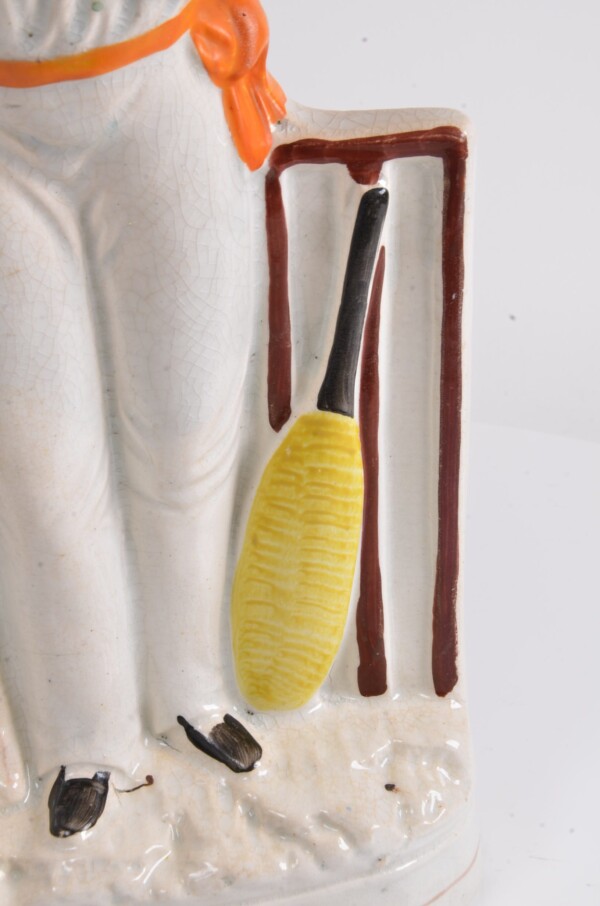 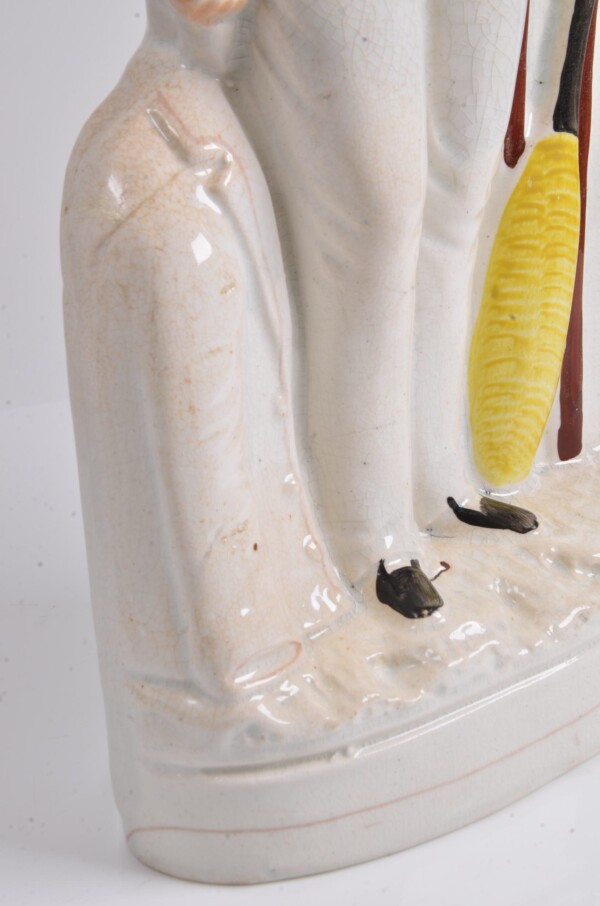 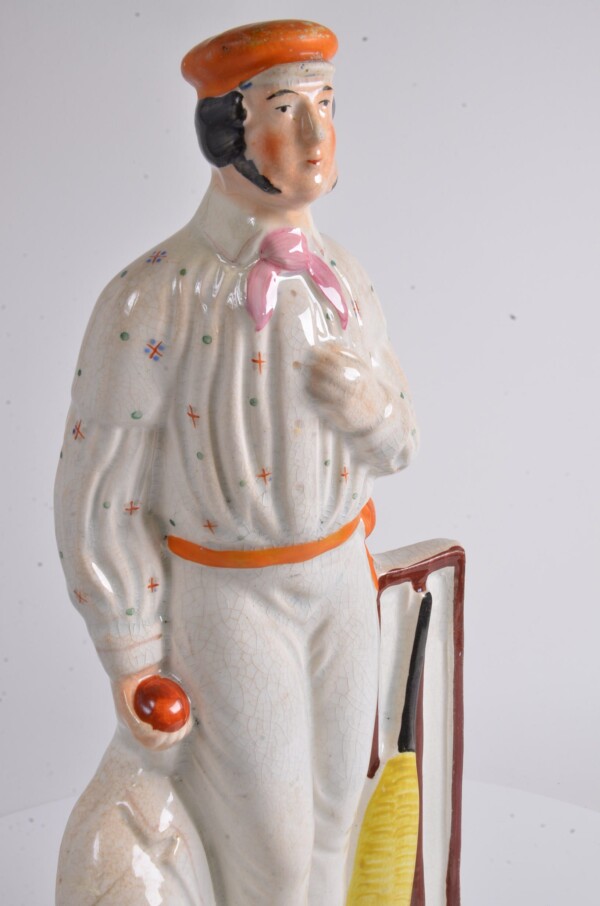 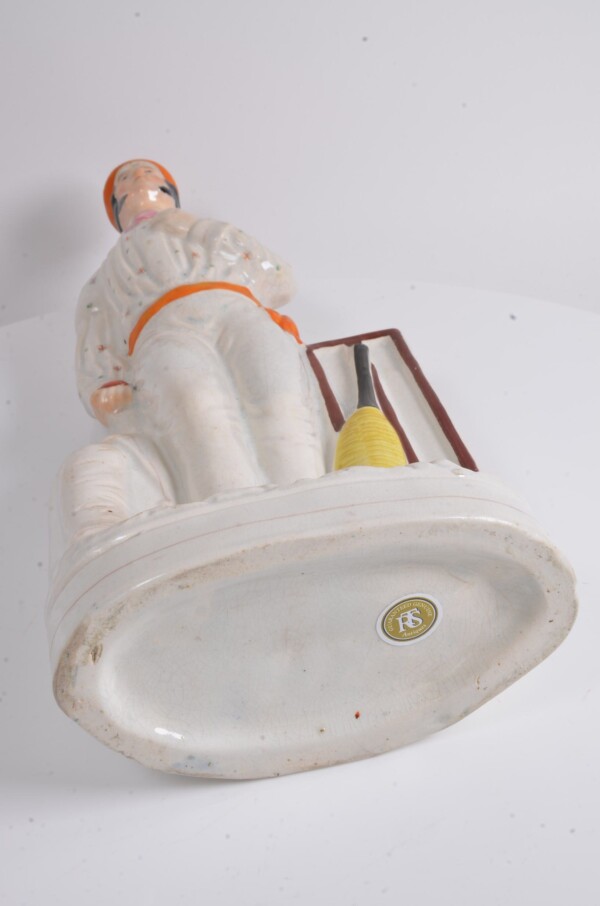 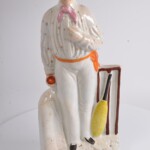 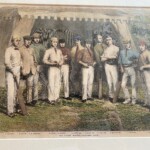 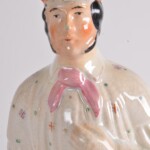 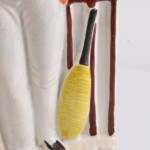 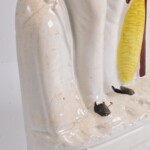 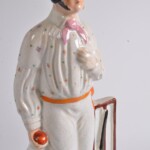 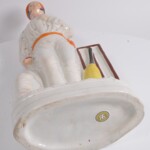 A large standing figure of a cricketer, the bowler seen here holding a ball in his right hand, his other arm is across his chest and is dressed in flat cap, shirt with tie, trousers, a wicket is to his left and a bat leans against it, he has a belt around his waist and a coat stands to his side. There has been much discussion as to the identity of these figures, but no source to date has ever been found, it was common for the captain of the team to be depicted holding bat and ball, apart from that no attribution can be made. This figure has had an invisible professional repair to the neck. There is however a close resemblance of a possible attribution, an illustration that appeared in The Illustrated London News, November 1861. It shows the Surrey eleven on their first outing to Australia.