An Early Figure of Simon (Cymon) 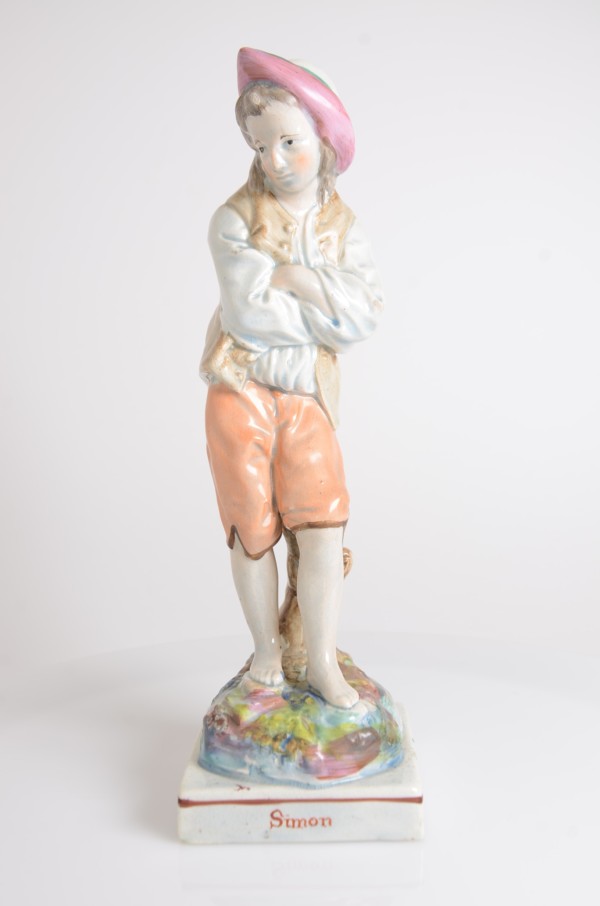 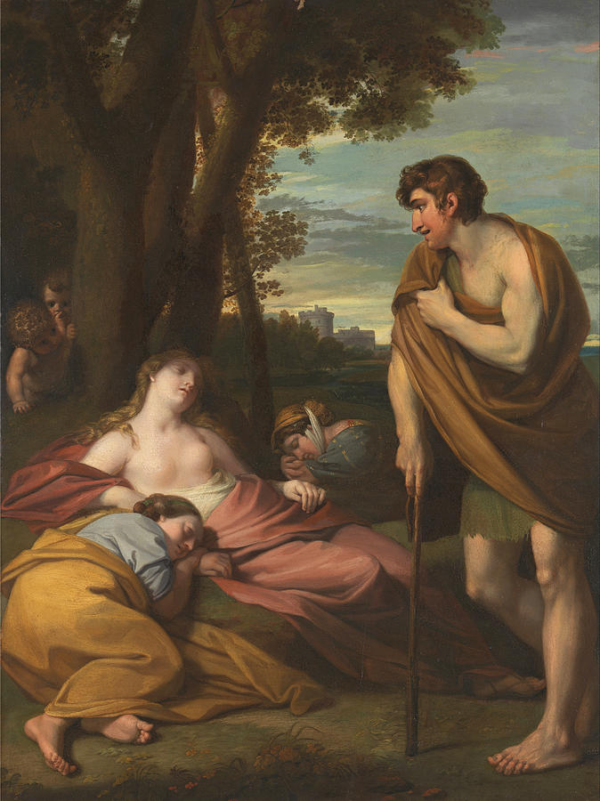 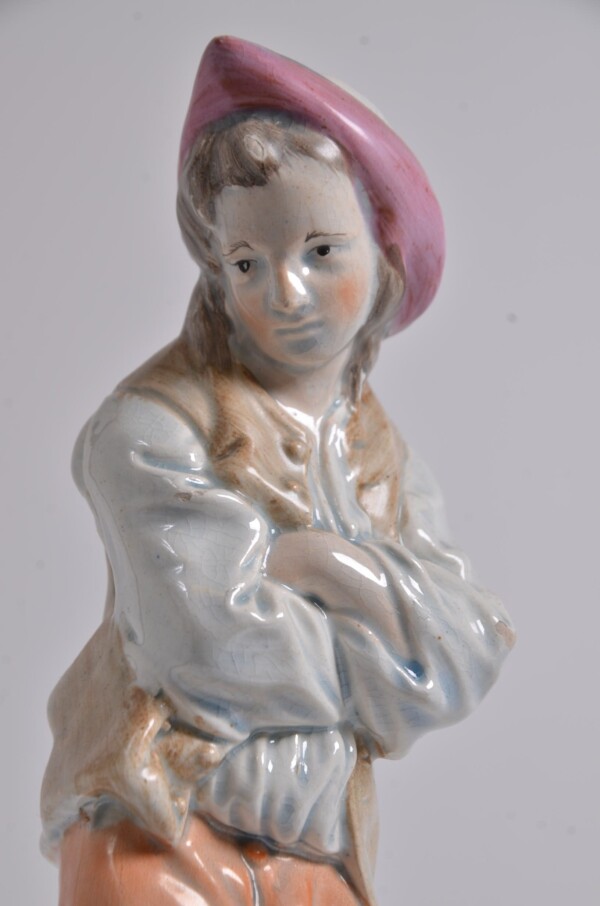 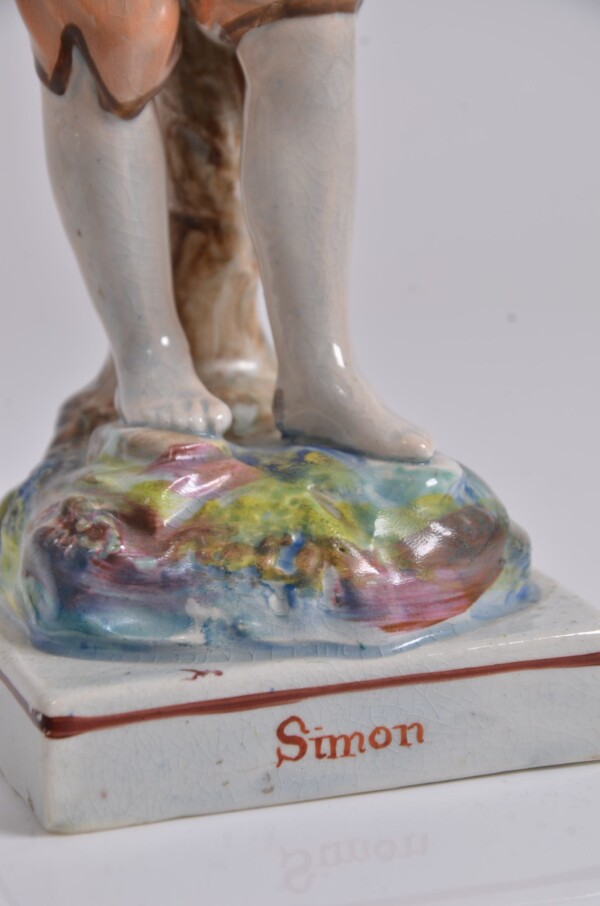 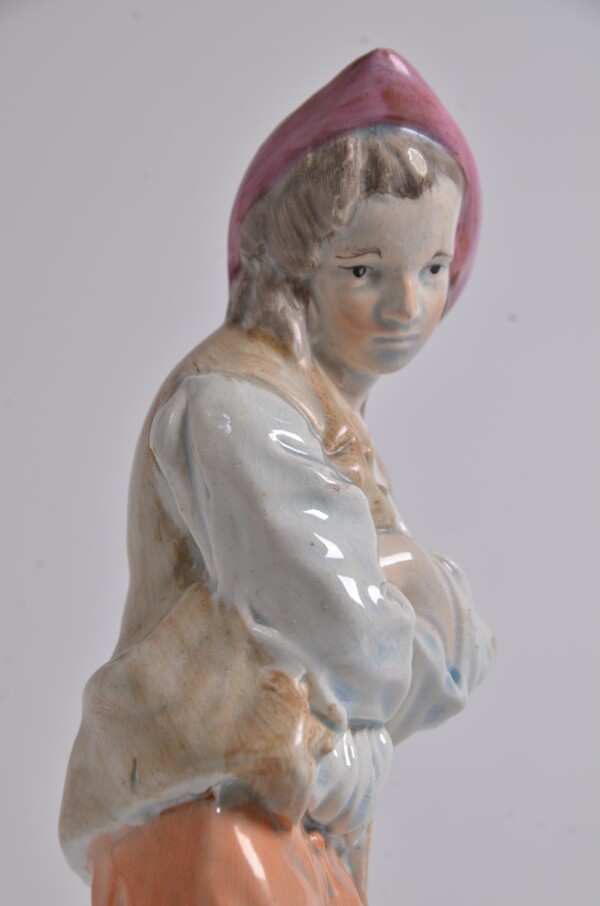 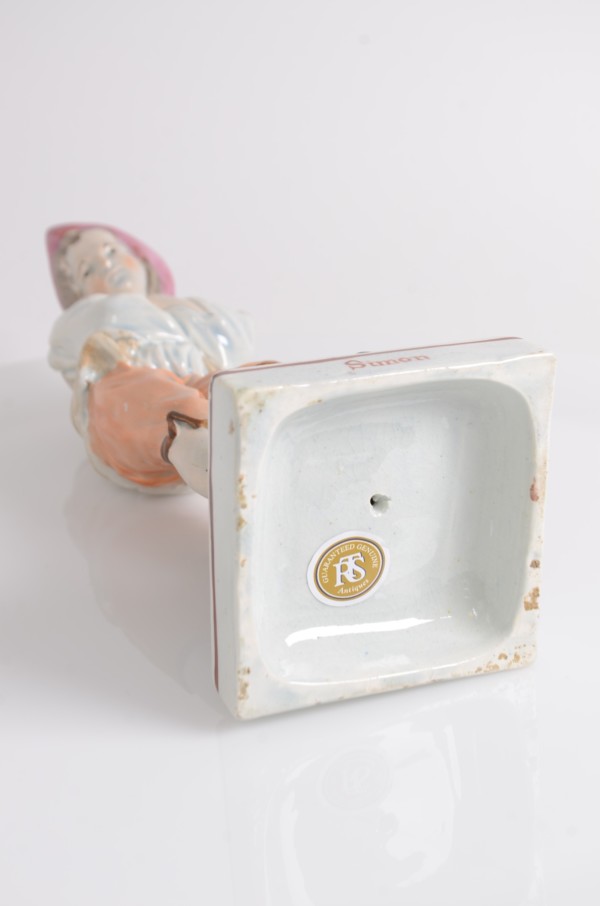 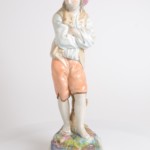 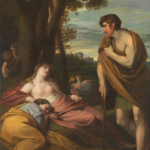 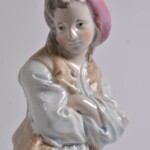 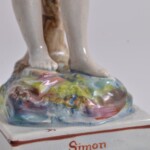 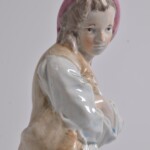 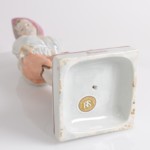 An Early Figure of Simon (Cymon)

An early nineteenth-century figure of Simon (Cymon). Attributed to Ralph Wood. He stands on a square titled base and is raised barefoot on a coloured mound, wearing breeches, shirt, and a tan coloured jerkin and hat.

Cymon is the hero of The Decameron, set in Cyprus and written about 1350 by Giovanni Boccaccio. Cymon was deemed a dolt by his aristocratic father and was sent to live and work with his father’s slaves in the countryside. He becomes increasingly coarse living in this environment but one day he comes upon the highborn Iphigenia sleeping in a field.
He is so smitten by her beauty that his noble bearing resurfaces and his father reinstates him. Although Iphigenia is promised to another, Cymon wins her around and they live happily ever after.