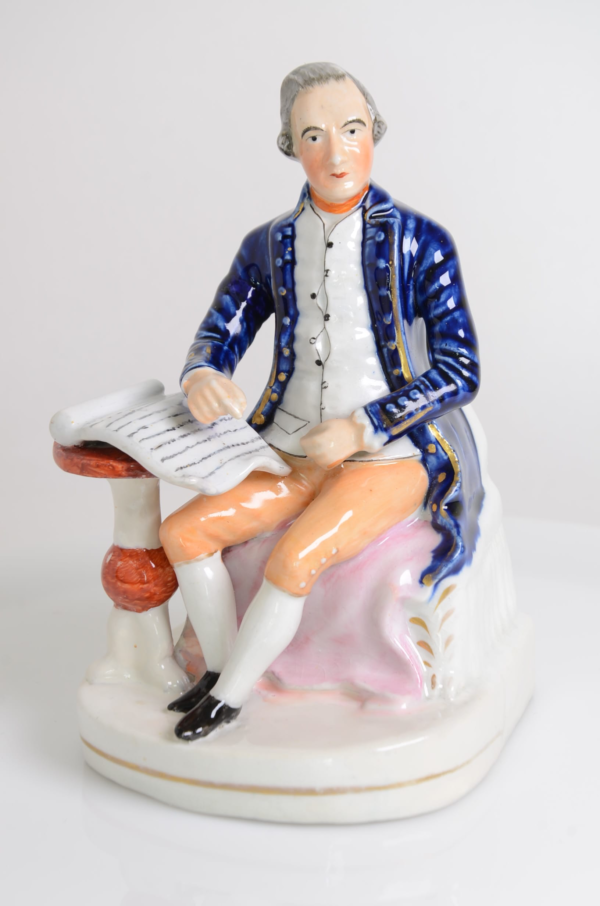 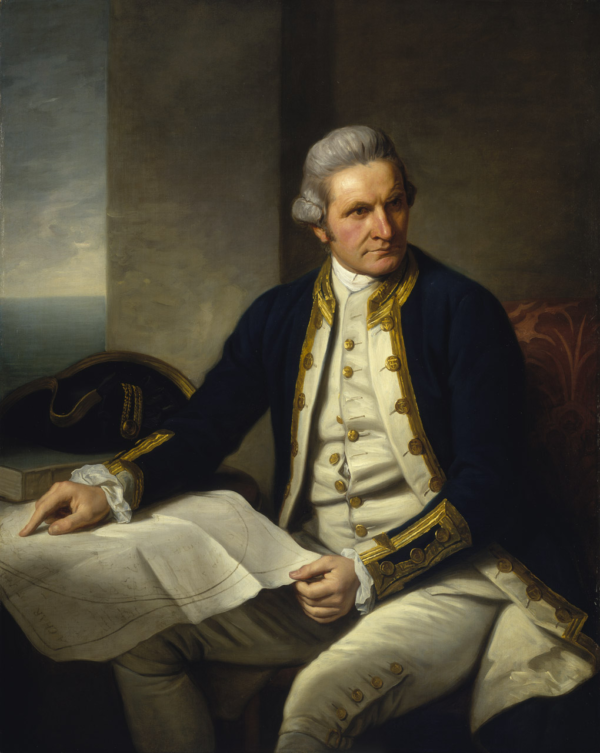 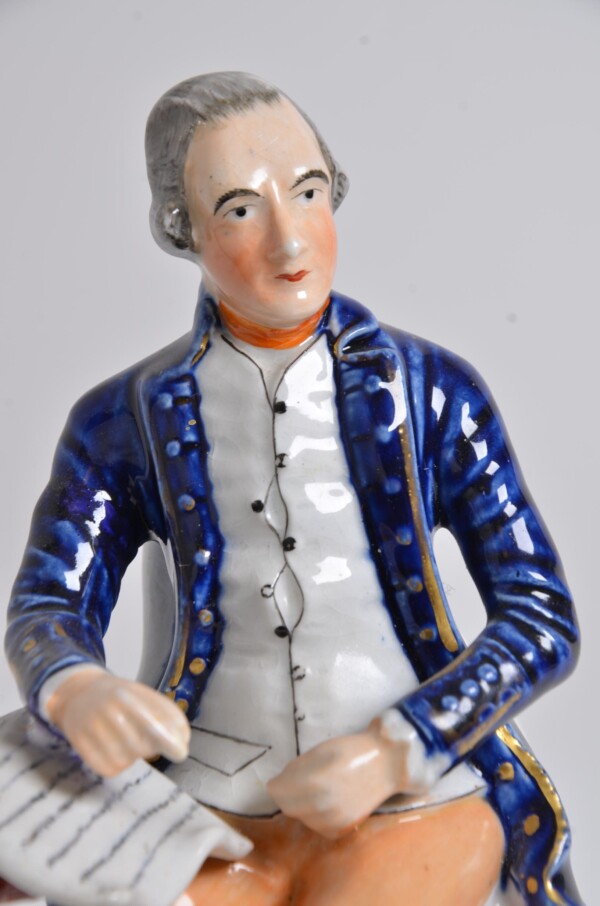 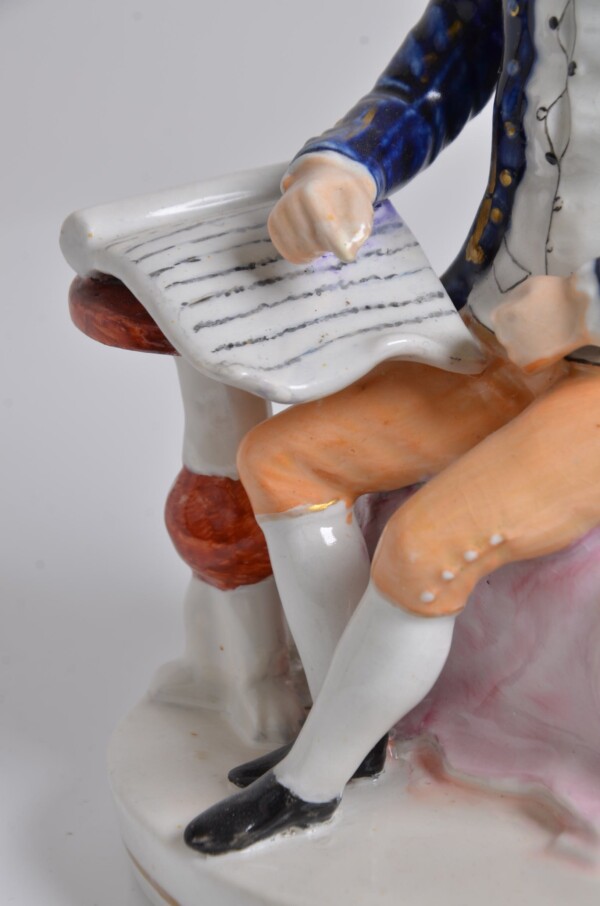 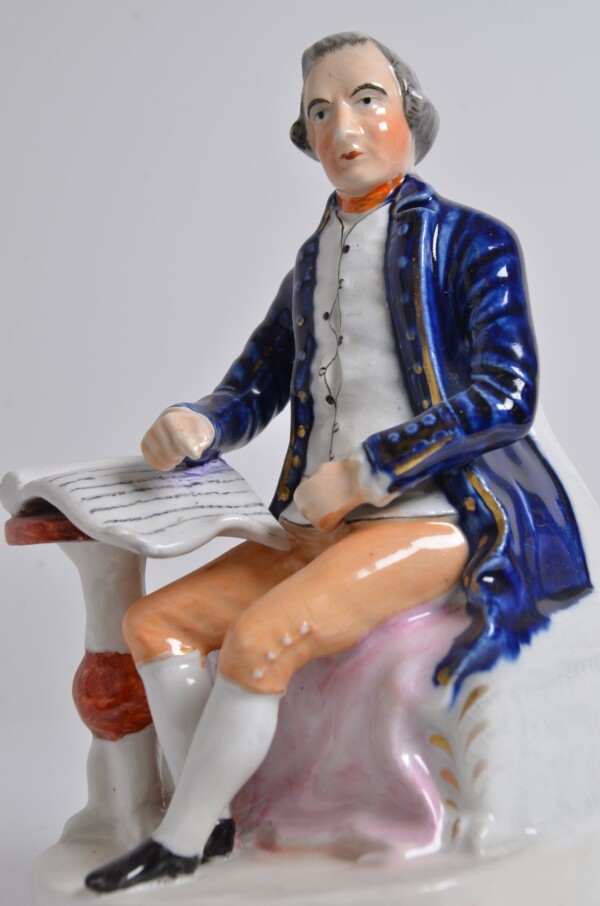 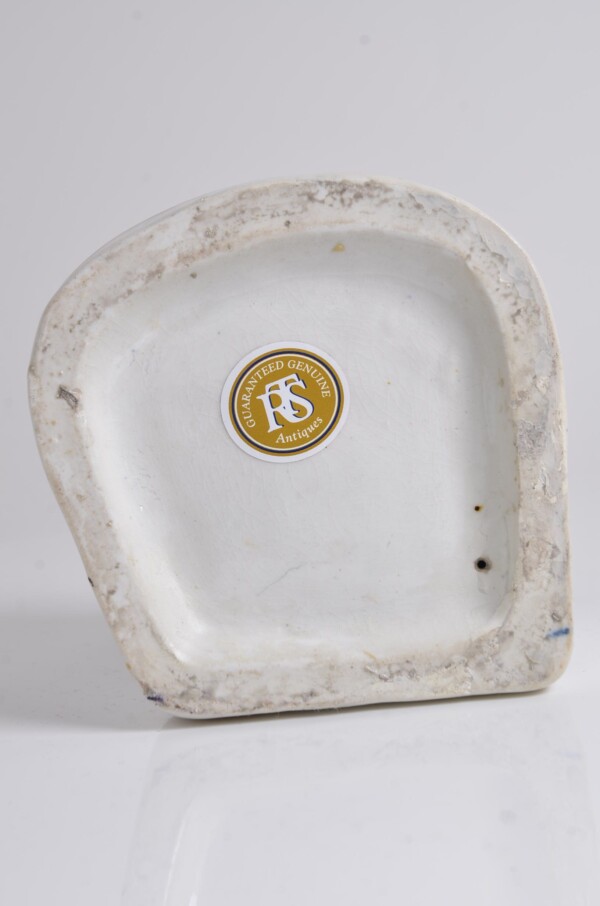 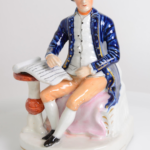 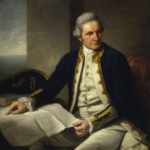 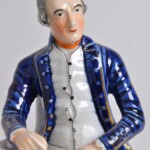 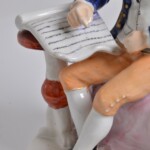 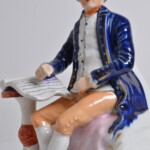 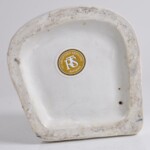 ​A rare and desirable portrait figure of Captain James Cook seated on a D-shaped gilt lined base, his right arm resting on a table with a manuscript, his left hand on his lap, wearing a jacket, waistcoat, and breeches. One of the finest figures to come out of the Alpha factory. The source of this figure is modelled after an engraving by W.Holl, the original painting by Nathaniel Dance R.A. now hangs in The National Maritime Museum, Greenwich. The figure has a stabilised hairline repair to the base and some professional restoration to the end of his finger and a chip to the side of the table top.

Cook was an 18th century explorer and navigator whose achievements in mapping the Pacific, New Zealand and Australia radically changed western perceptions of world geography. As one of the very few men in the 18th century navy to rise through the ranks, Cook was particularly sympathetic to the needs of ordinary sailors.

James Cook was born on 27 October 1728 in a small village near Middlesbrough in Yorkshire. His father was a farm worker. At the age of 17, Cook moved to the coast, settling in Whitby and finding work with a coal merchant. In 1755, Cook enlisted in the Royal Navy, serving in North America where he learnt to survey and chart coastal waters.

In 1769, the planet Venus was due to pass in front of the Sun, a rare event visible only in the southern hemisphere. The British government decided to send an expedition to observe the phenomenon. A more secret motive was to search for the fabled southern continent. Cook was chosen as commander of the Whitby-built HMS Endeavour. Those on board included astronomer Charles Green and botanist Joseph Banks.

Endeavour arrived in Tahiti in April 1769 where Green was able to observe the transit of Venus. Endeavour continued on to New Zealand, and then sailed along the length of Australia’s eastern coast, which had never before been seen by Europeans. Cook claimed it for Britain and named it New South Wales. Cook and his crew then returned home, arriving in July 1771.

In 1772, not satisfied by his previous exploits, Cook set out on a second voyage to look for the southern continent. His two ships sailed close to the Antarctic coast but were forced to turn back by the cold. They then visited New Zealand and Tahiti, returning to England in 1775.

Cook’s third voyage was to find the North-West Passage that was believed to link the Atlantic and Pacific oceans. Unable to find the fabled route, Cook took his two ships south and explored the island of Hawaii. Relations with the islanders were soured after the theft of a ship’s boat. On 14 February Cook tried to take the local leader hostage. There was a scuffle and Cook was stabbed and killed.