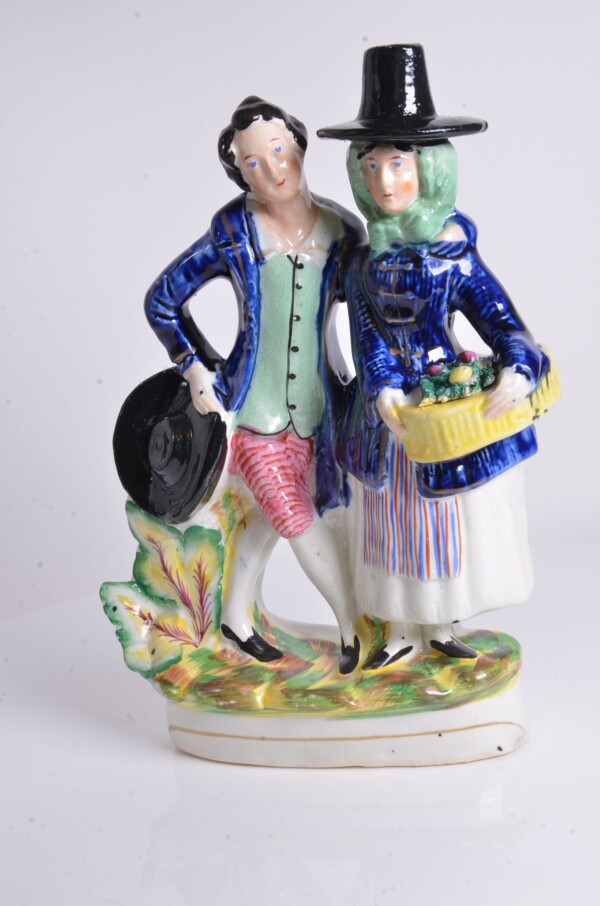 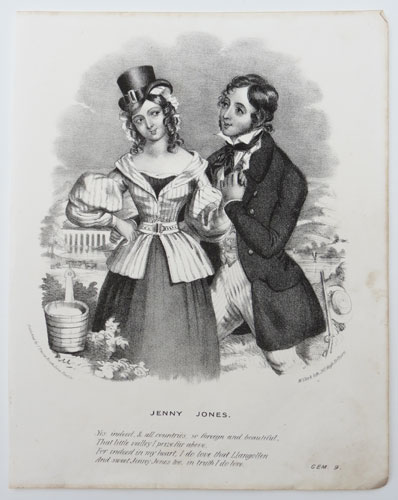 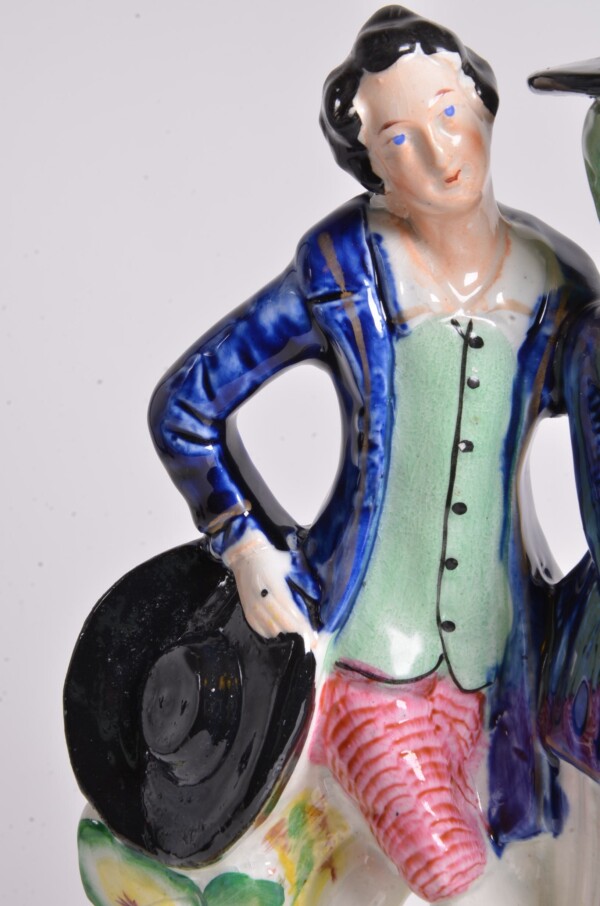 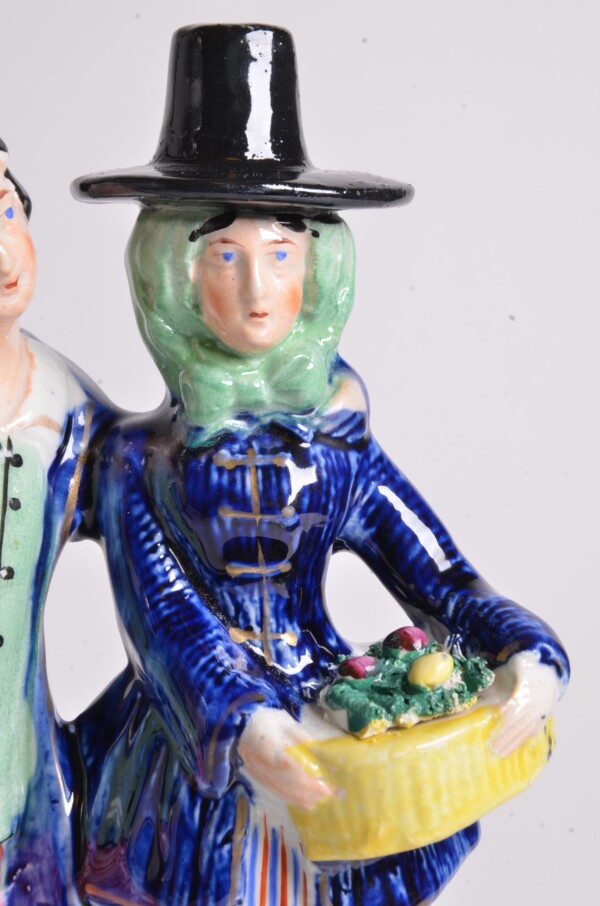 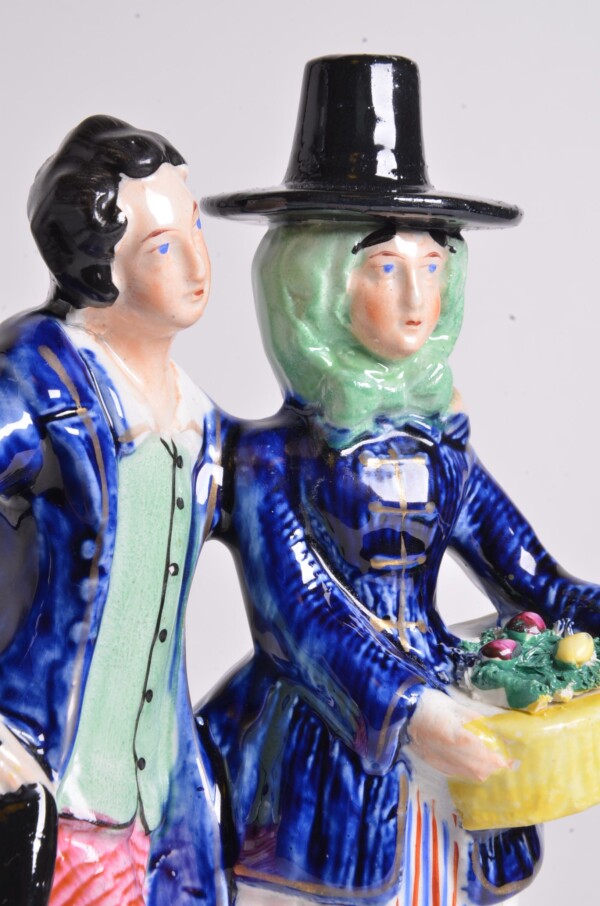 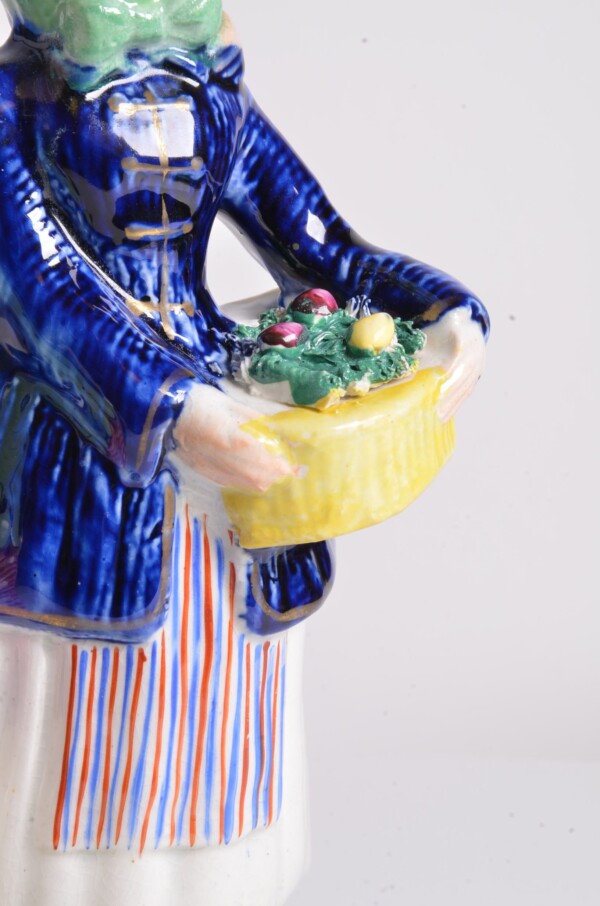 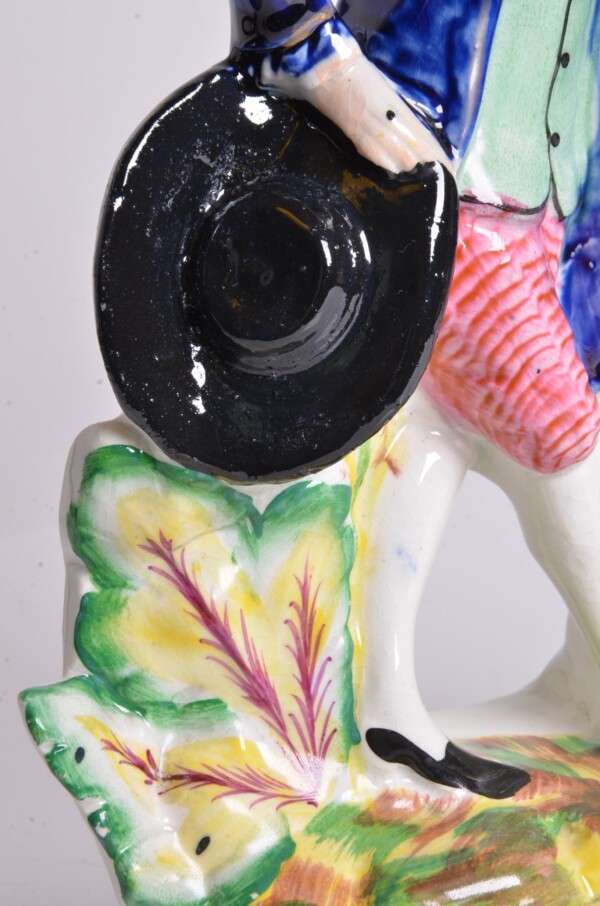 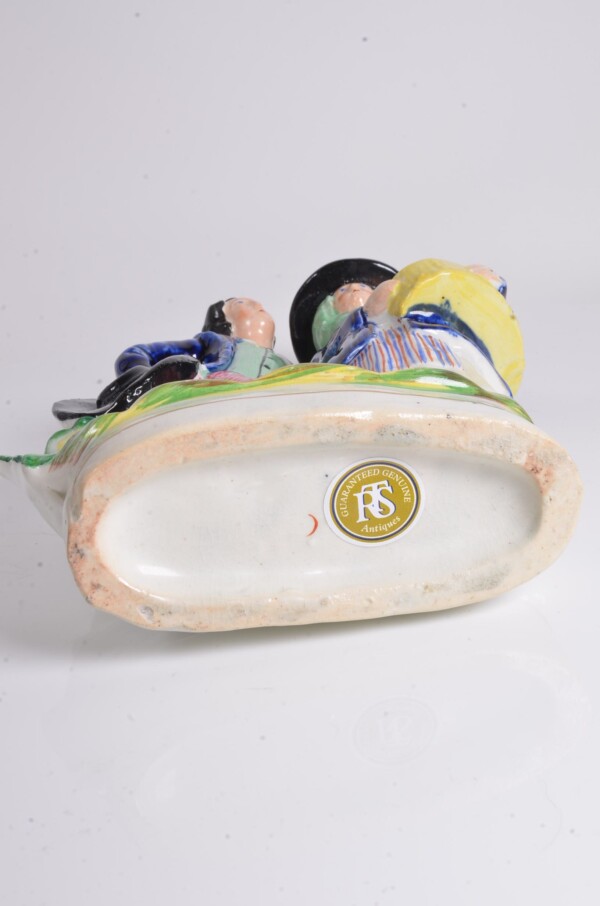 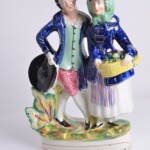 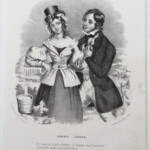 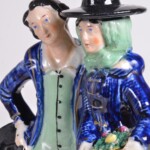 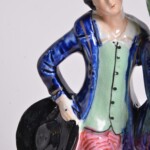 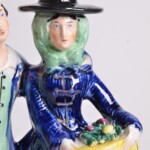 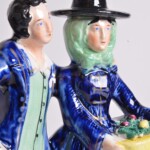 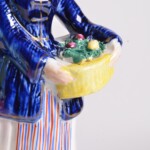 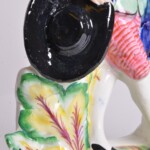 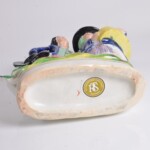 A group figure of a standing Welshman and Welshwoman believed to represent Edward Morgan and Jenny Jones, he with his right arm to his side holding a hat, his left arm around the woman’s shoulder, wearing a shirt, waistcoat, long jacket, and breeches; the woman holding a basket in both hands, wearing a traditional Welsh hat, long jacket, and an aproned skirt. Welsh figures and Welsh figure groups are highly sought after, this example is in very good condition having a professional invisible repair to the lady’s neck. It was made in Staffordshire, England c1860.