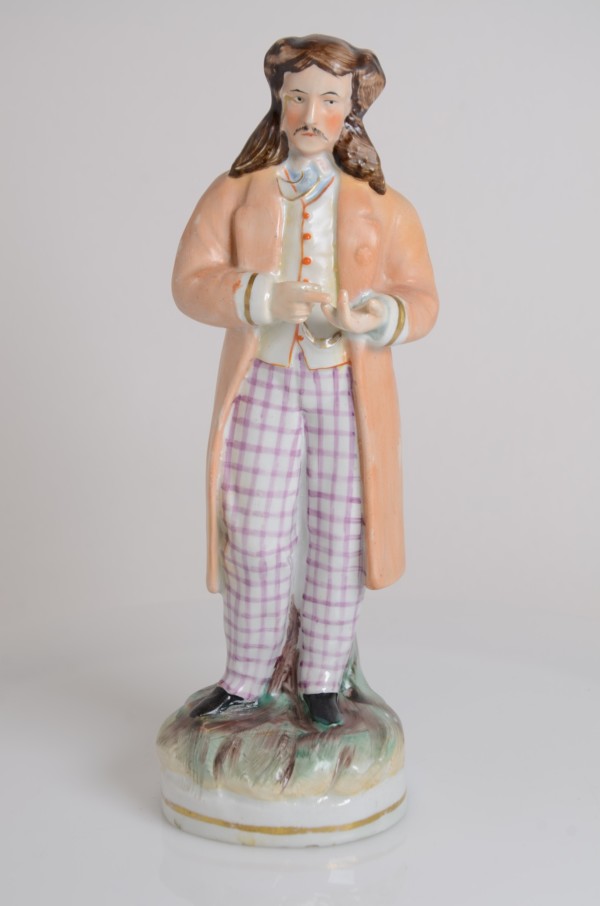 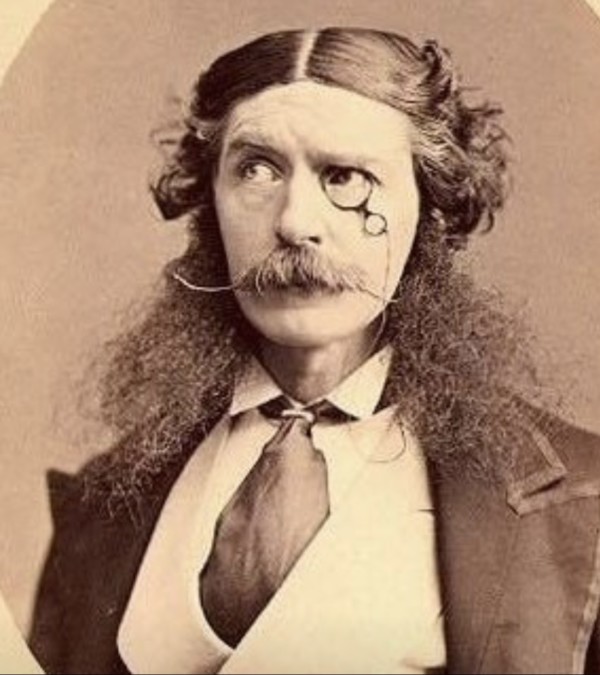 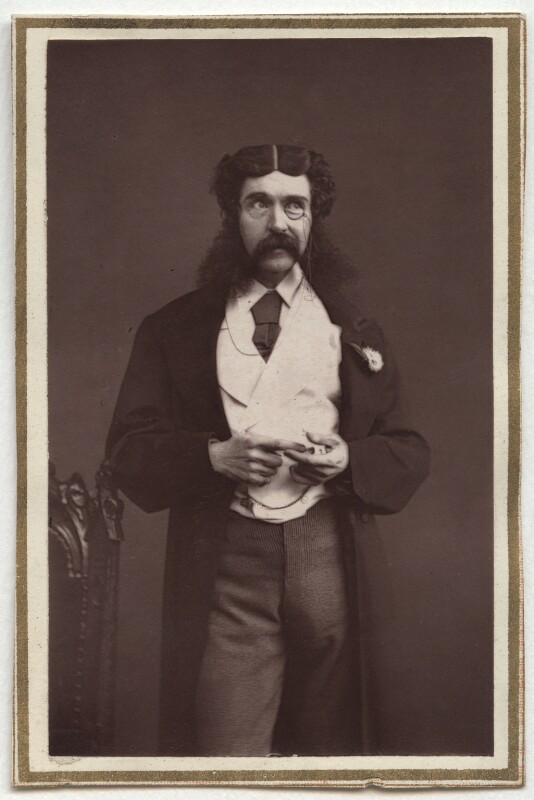 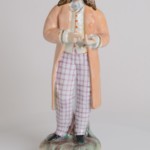 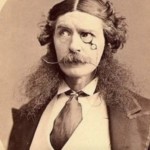 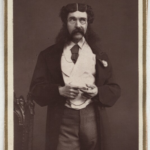 A fine and rare figure of Edward Southern portraying Lord Dundreary in ‘Our American Cousin’. First performed on Broadway in New York in 1859 it came to England in 1861, performed at the Haymarket with Edward Southern in the title role. A portrait figure on a circular gilt lined base, with a monocle in his right eye and side whiskers, long jacket, waistcoat and trousers circa 1861 . The figure portrays Act 4 when Brother Sam’s letter is read and Lord Dundreary is counting his relations on his fingers. The source of the figure was found on an illustrated sheet music cover “The Lord Dundreary Waltz”. This figure shows all the signs as emanating from the Thomas Parr factory.