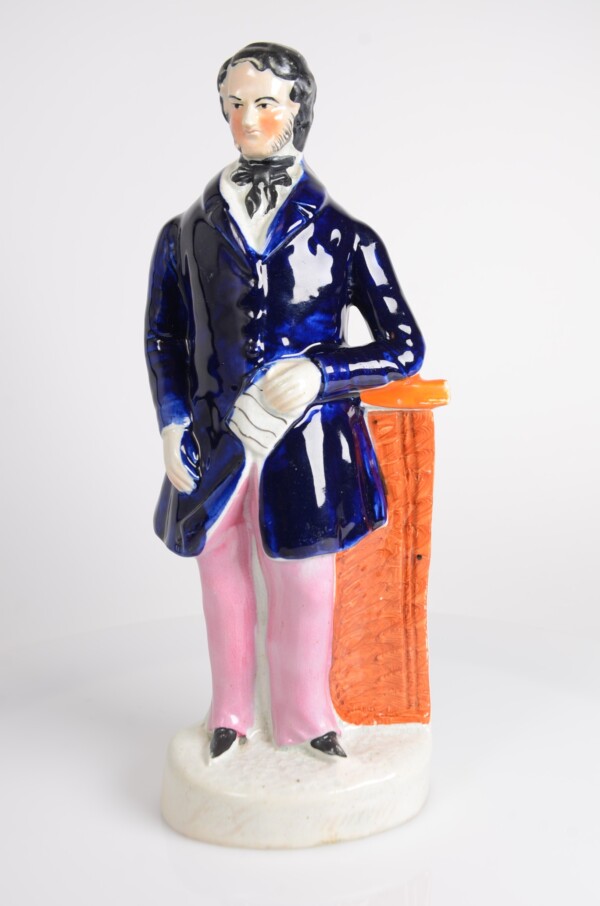 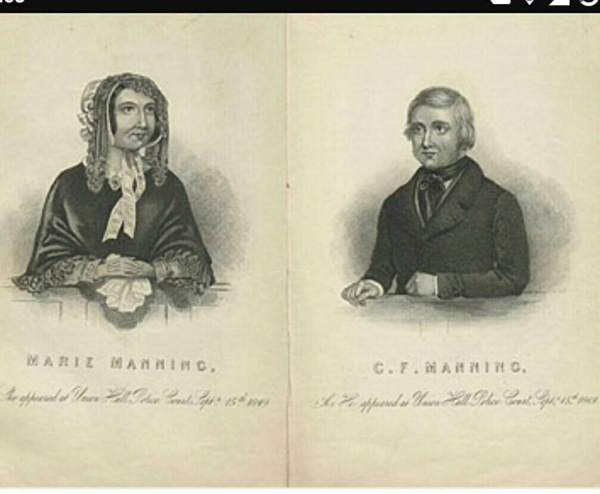 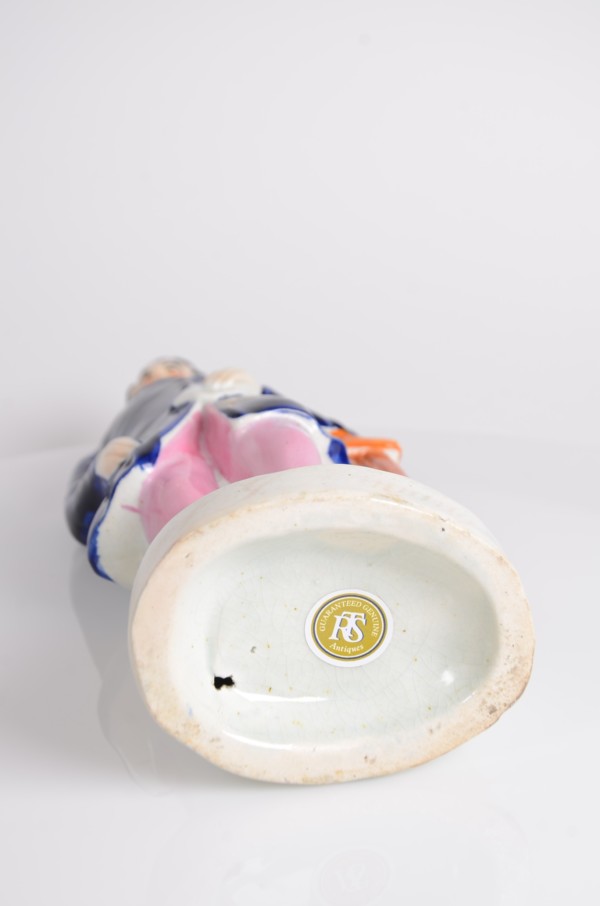 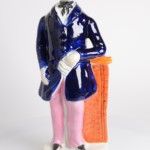 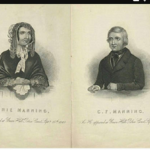 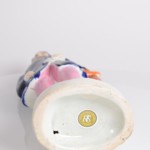 A rare and most desirable large figure of Frederick George Manning standing on a titled base with faded gilt script, F G Manning. Frederick with his right arm by his side, his left resting on a pillar holding a scroll, wearing a long jacket, neckerchief, and trousers.

Manning married Maria De Roux in 1847 and two years later they moved to 3 Milniver Place, Bermondsey, London. During the evening of the 9th August 1849, after inviting Maria’s former lover, Patrick O’Conner, to dinner, Frederick Manning murdered and buried him under the kitchen floor. Later Maria visited O’Conner’s home and stole various objects. Both were found guilty of murder at the Old Bailey and were executed by public hanging on 13th November that same year. It is said that Charles Dickens attended the execution to observe the gathering crowd.