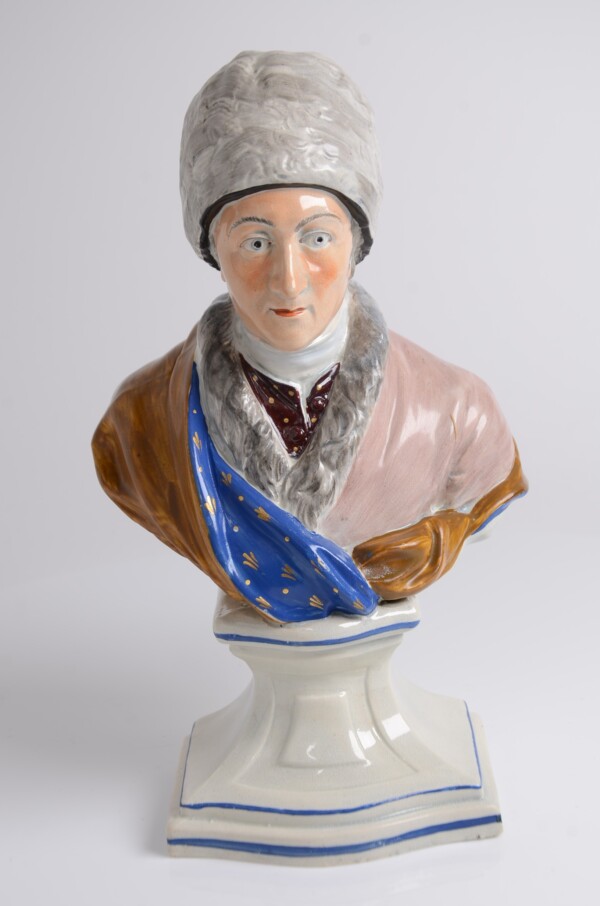 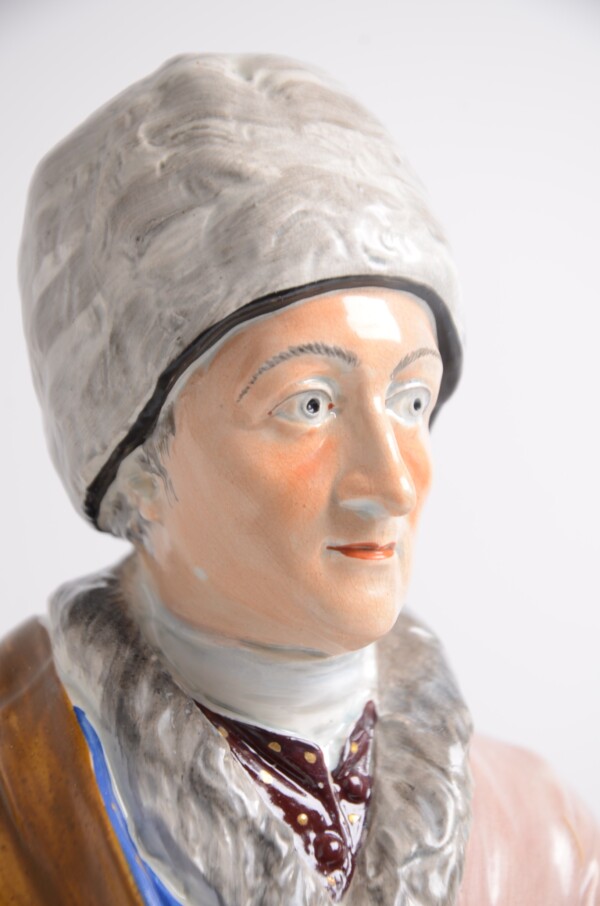 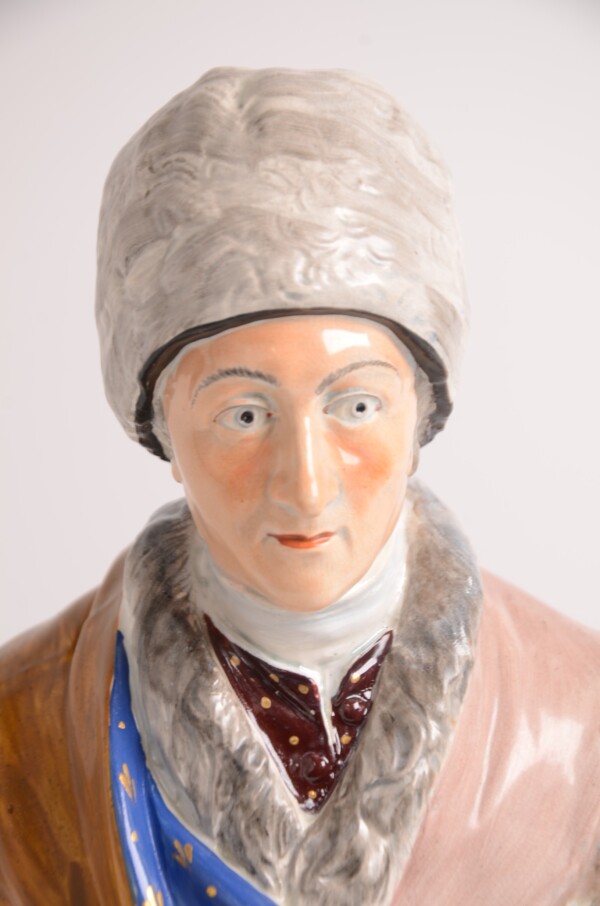 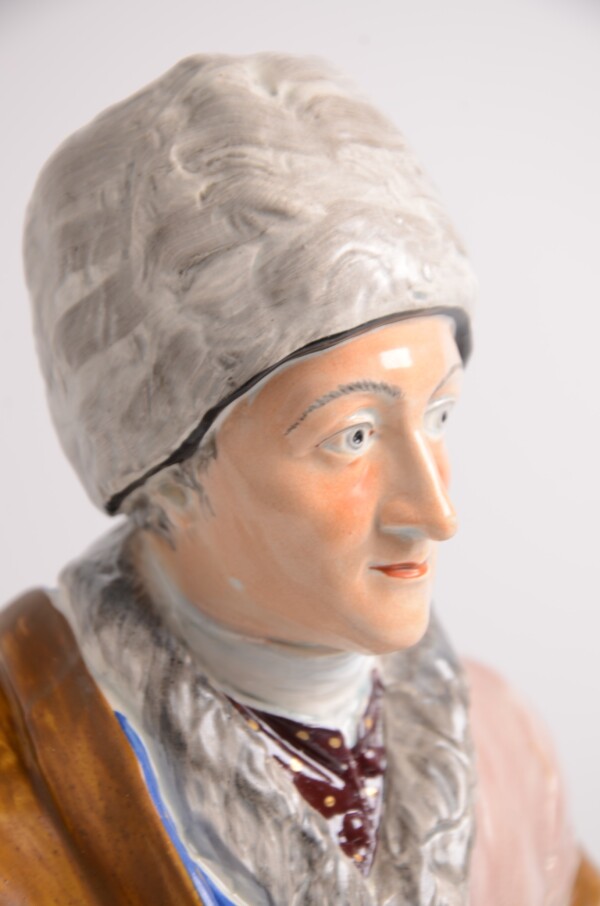 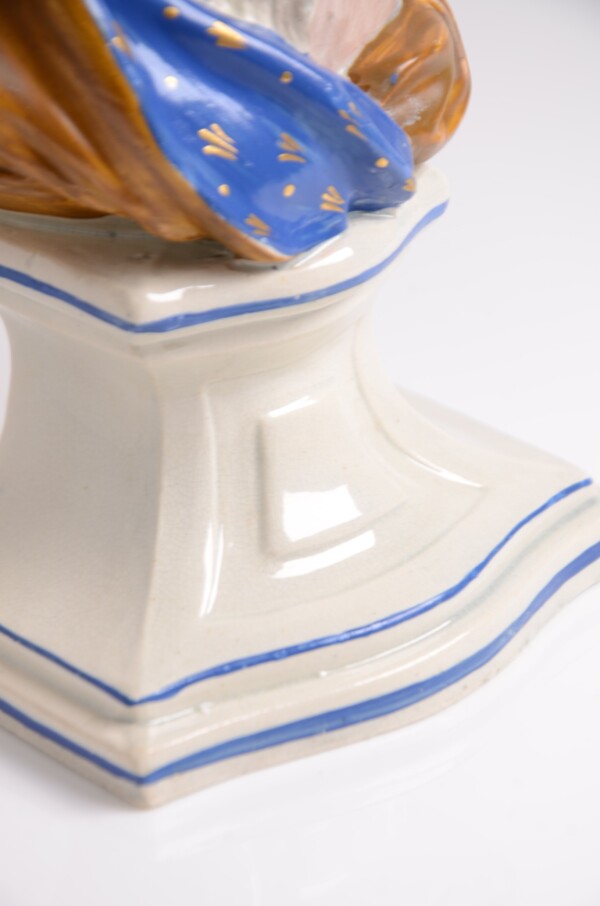 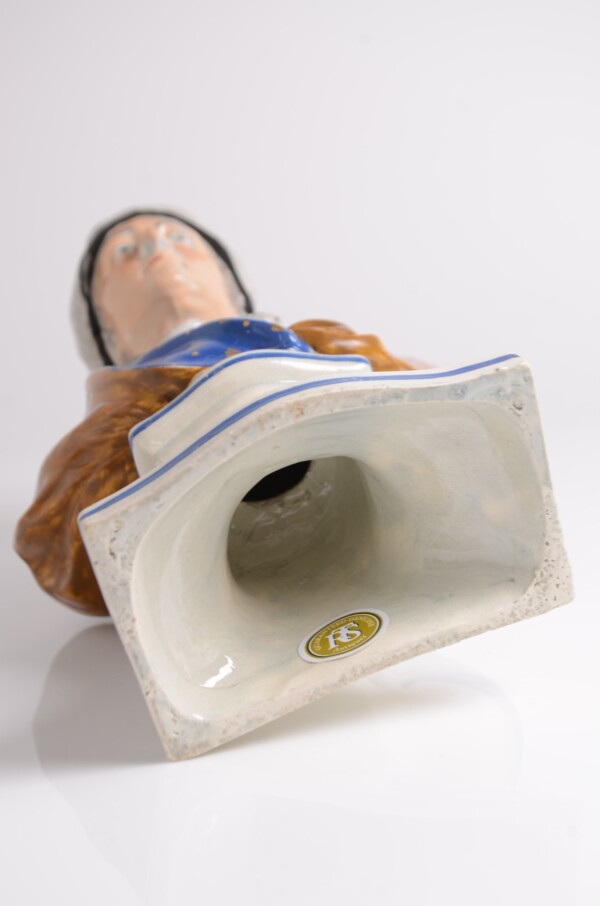 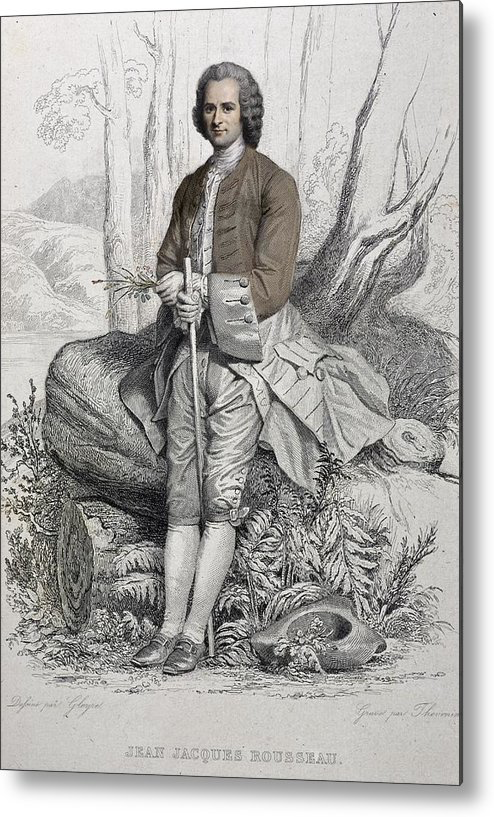 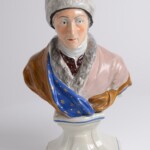 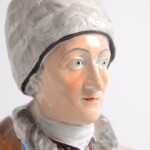 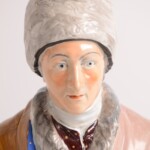 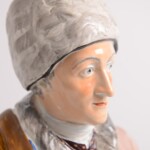 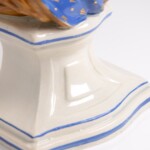 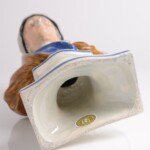 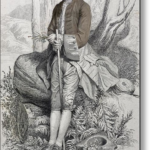 A superb previously unrecorded large bust of Jean Jaques Rousseau. 8.5 Inches high. Rousseau (1712-1778) was a Swiss philosopher, author, and composer. This bust of Jean-Jacques Rousseau is in lead-glazed earthenware and painted in overglaze enamels. Dressed in his Armenian costume with a fur cap, burgundy waistcoat, mauve fur-lined caftan, over which is thrown a tan cloak with blue silk lining, highlighted in flecks of gold. He is on a shaped and sculpted blue-lined socle. After a portrait by J. H. Taraval. London plaster makers supplied Wedgwood with a bust of Rousseau, and Derby made a similar bust. This example reminds me of similar quality figures produced by Ralph Wood but is not signed, the quality is stunning and the largest pearlware example of a Rosseau bust to be recorded c1790-1810.