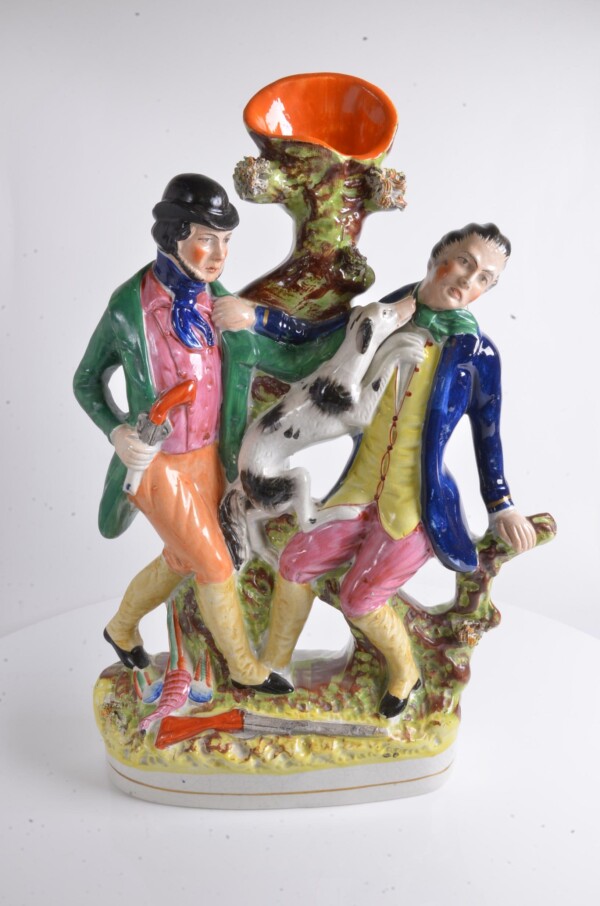 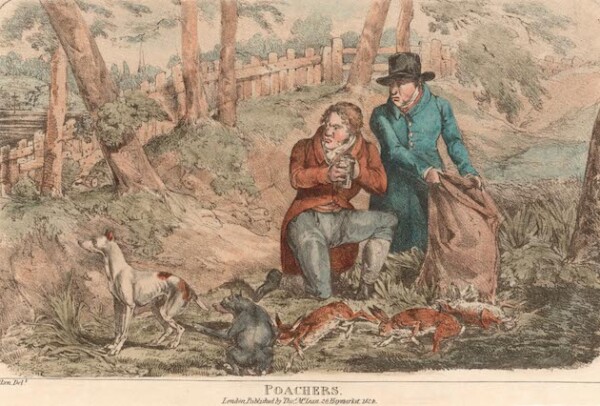 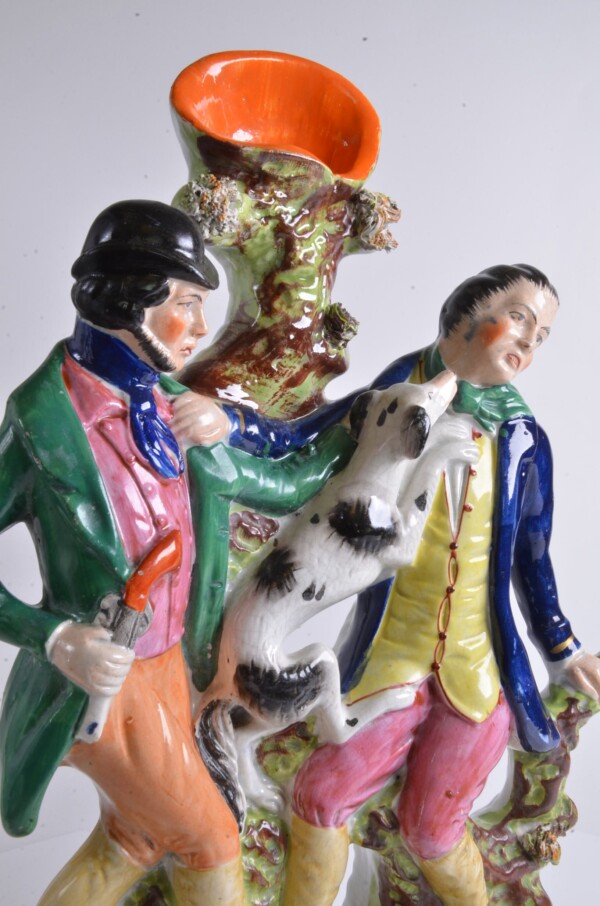 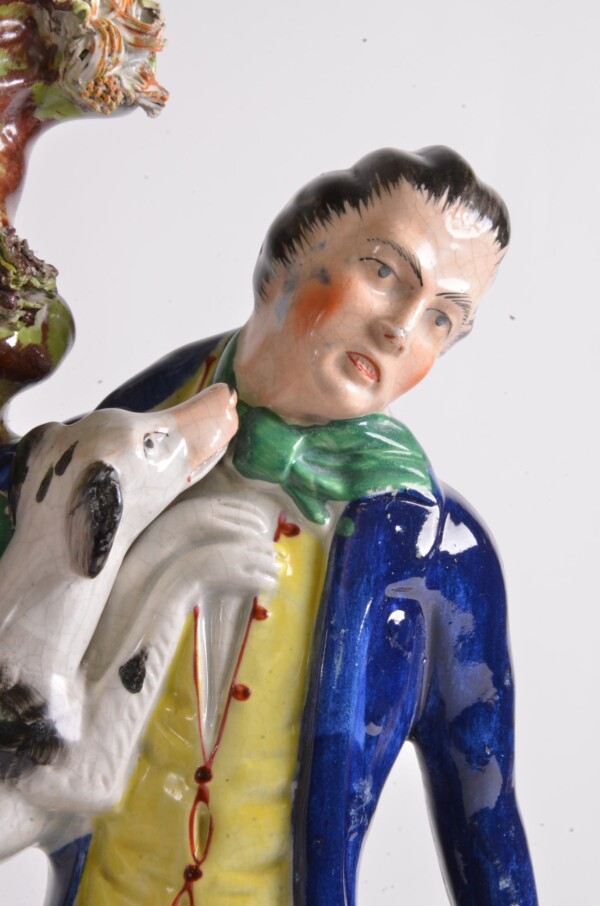 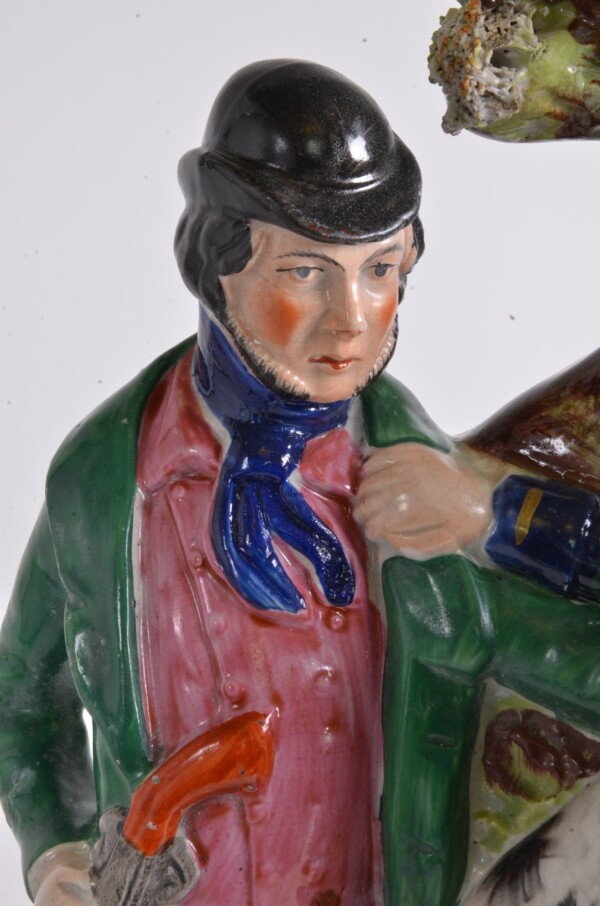 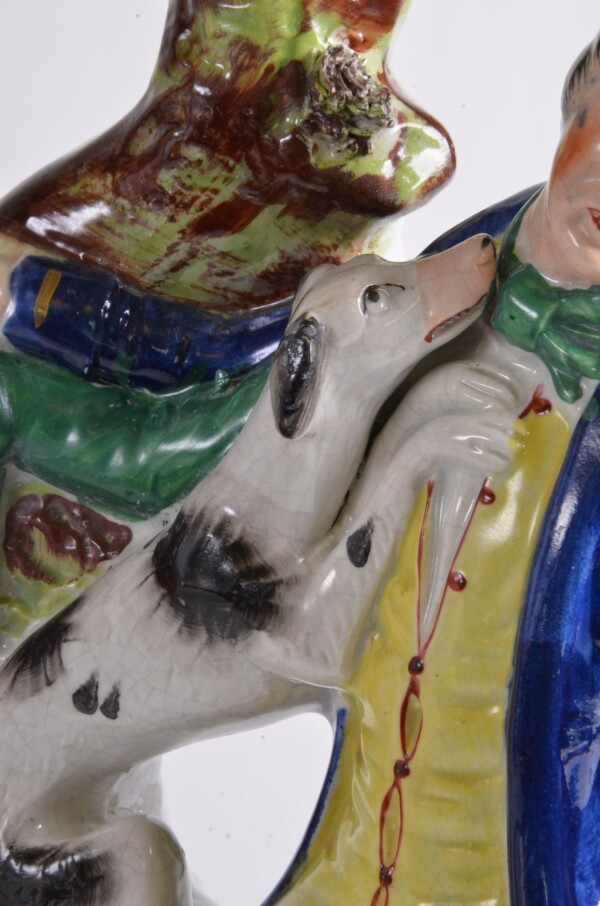 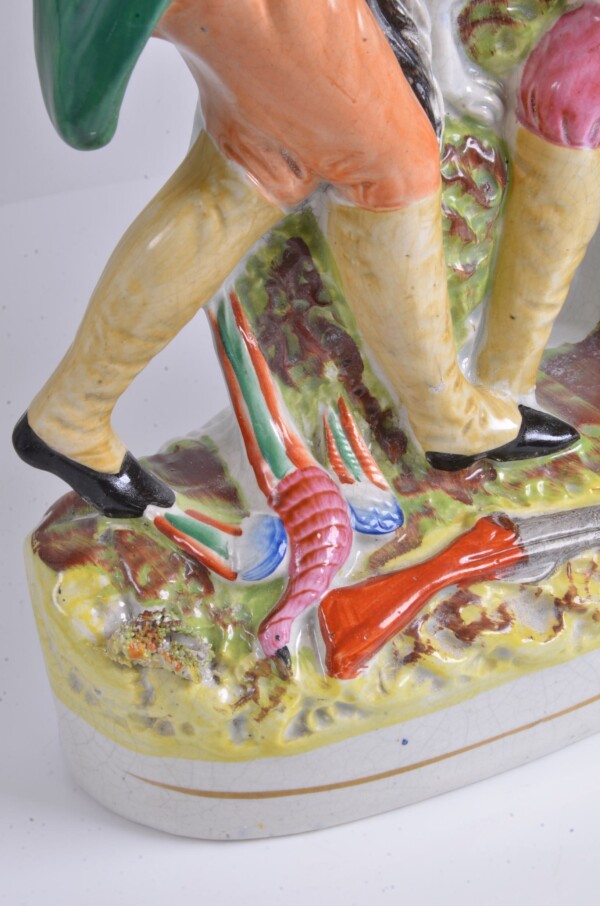 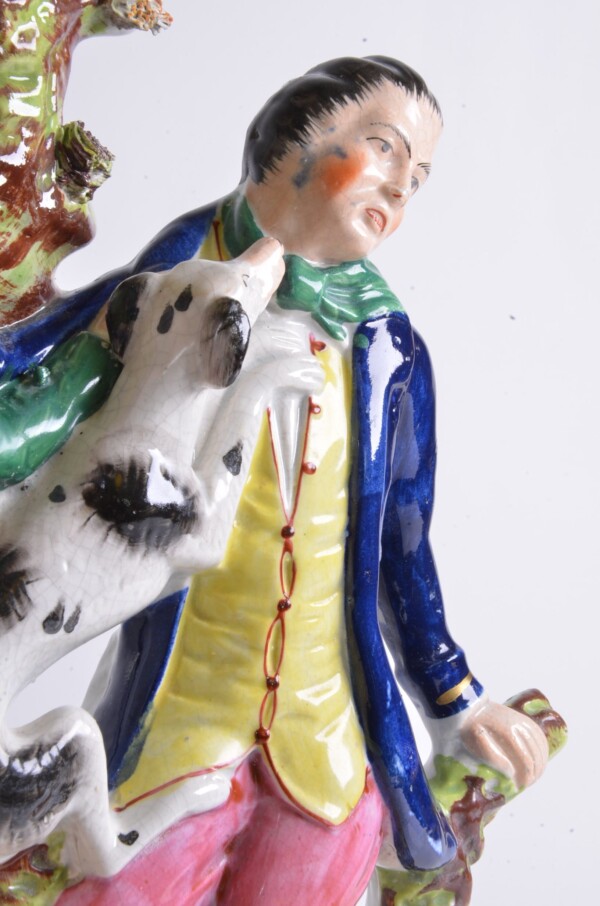 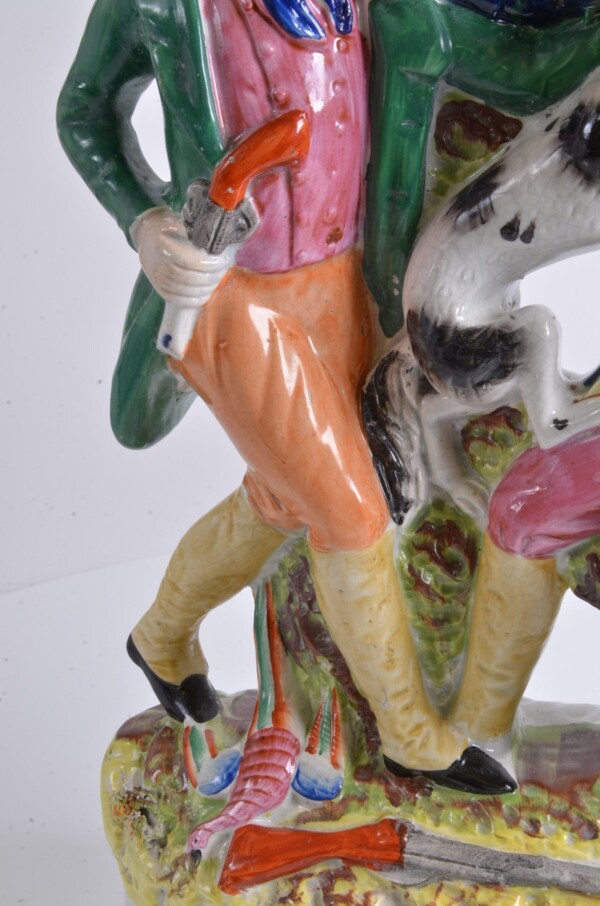 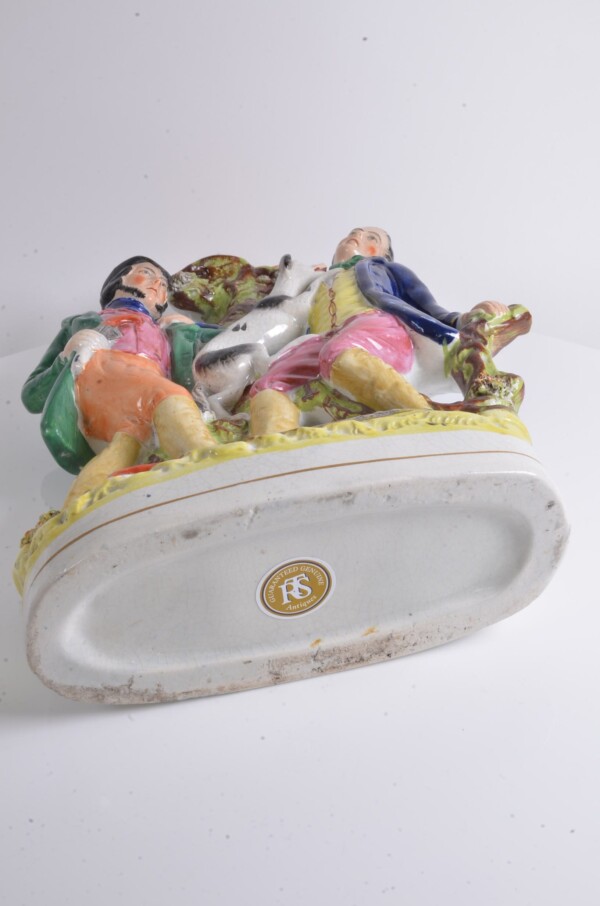 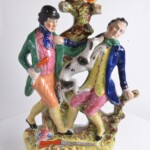 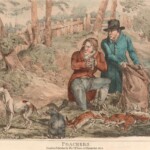 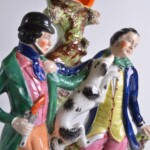 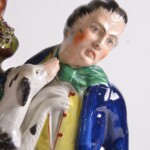 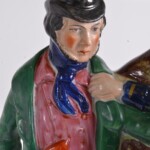 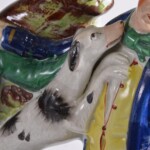 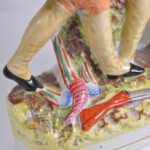 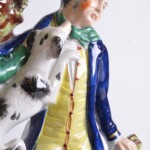 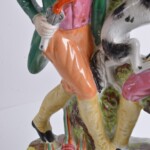 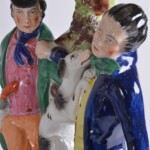 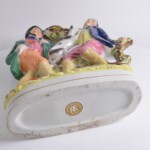 A rare open spill vase group figure, the man on the left wears a bowler hat, neckerchief, long jacket, waistcoat, and trousers with leggings, holding his pistol by the barrel as though to club his opponent, his dog attacks the other man’s throat, who is bareheaded, wearing a long coat, waistcoat, and trousers with leggings, he supports himself on a tree stump, on the ground lies a rifle and there is a dead bird. It has long been thought that these figures could represent the murder of William Smith. I discovered a similar titled version of this figure a number of years ago, although it did not name Smith and Collier, it was titled ‘Poachers’ in gilt script, c1866. There are three different interpretations of this group, all in different sizes. Until further evidence is discovered to solve the true identity, the jury is out. This example has a professionally repaired break to the top of the spill, it dates to the 1860’s.