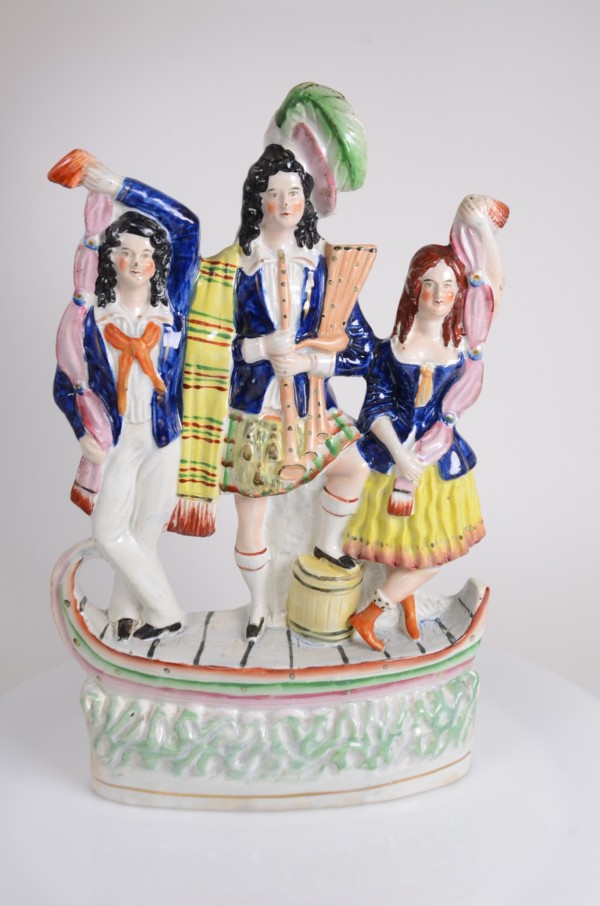 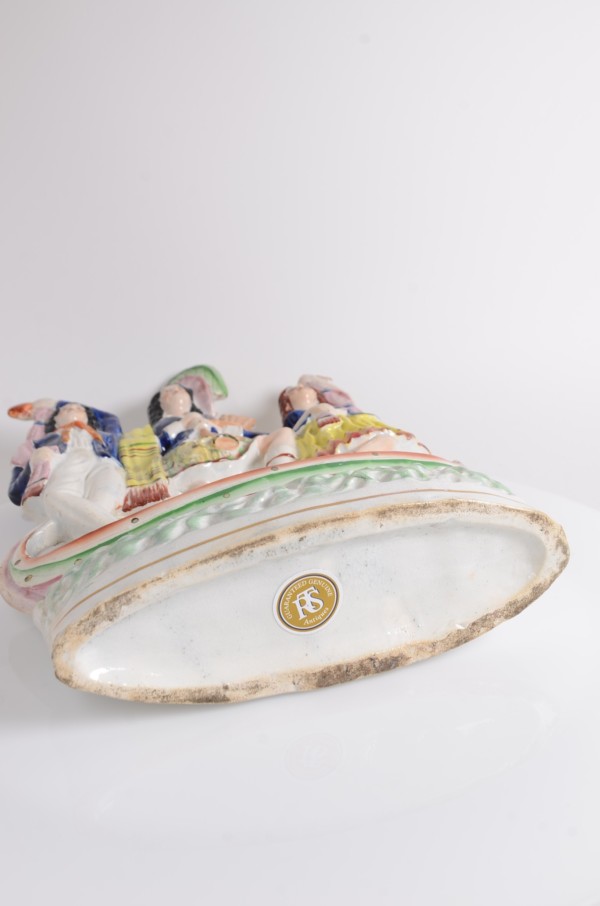 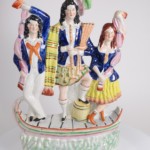 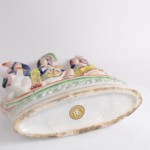 A superb example of a group figure two men and a woman standing in a boat which floats on a sea. The man in the middle is dressed in full highland attire of plumed hat, shirt, tunic, long scarf, and kilt, holding and playing a set of bagpipes. His left foot is raised and rests on a barrel. He is flanked on his right by a man dressed as a sailor who holds a flag to his side and aloft and on his left by a woman who also holds a flag in a similar position and wears a jacket and short skirt. Both the man and woman’s legs are crossed in a dancing pose.

Harding states that in his opinion, this is the finest of all the boat group figures produced and is very rare, and like many of the boat figures probably has its origins in Astley’s circus.