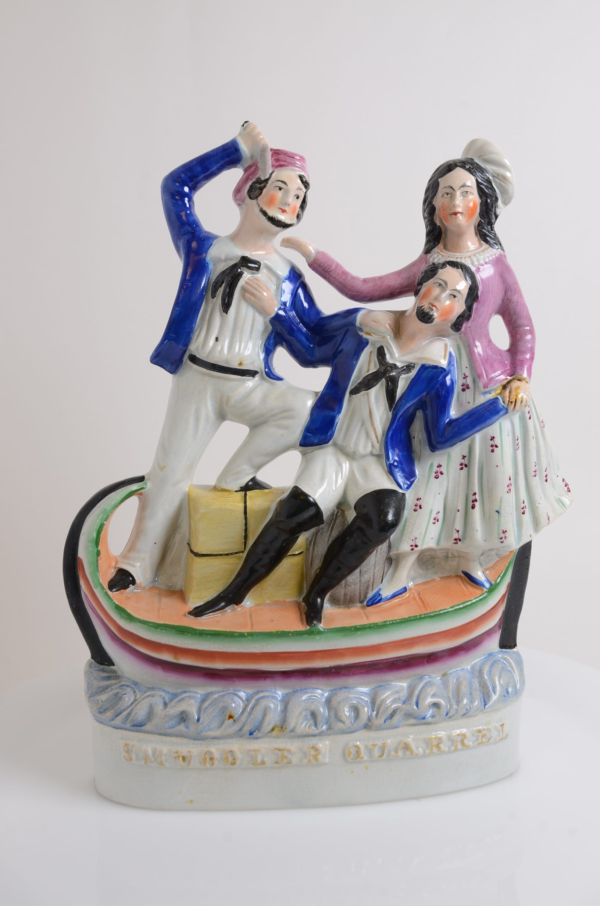 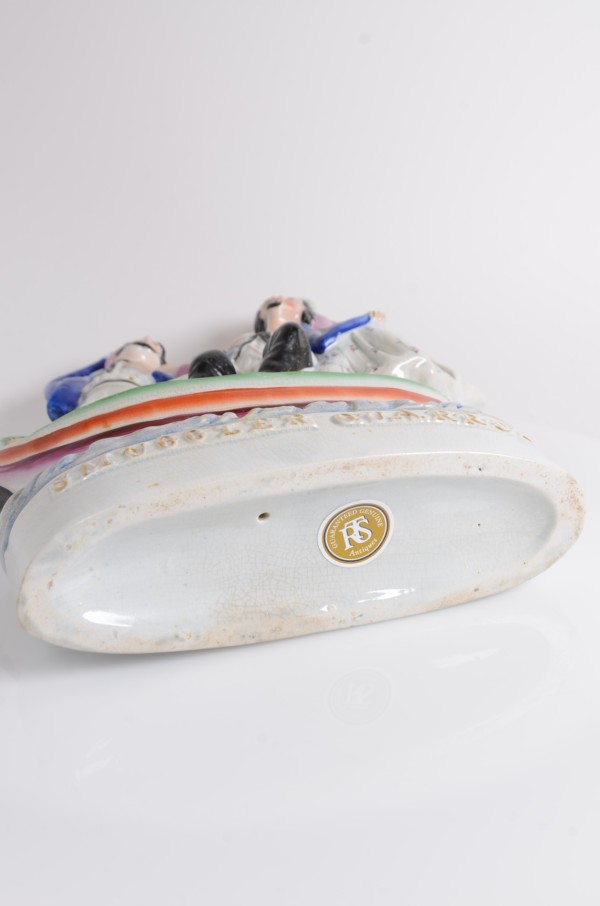 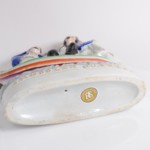 An exceptionally rare and desirable figure called the “Smuggler Quarrel”. A group figure of two smugglers and a girl standing in a boat on a titled base with raised gilt capitals, one smuggler standing with his foot on the boat and the other on a box, his right arm raised holding a knife and his left on the neck of the other smuggler, wearing a hat, jacket, shirt, and trousers, the other man leaning back against the girl, dressed in jacket, shirt, and trousers with knee boots, the girl stands pushing away the attacker with her right hand and her left holding the victims’ left hand, wearing a plumed hat, jacket, and dress.

The key part of the play which is set in the south coast of England finds a young woman, Margaret Catchpole, pursued by two men, the smuggler Will Laud and the coastguard officer Lieutenant Barry. Laud is killed in a fight with coast guards and Margaret is sentenced to Botany Bay for horse stealing. She later marries Barry, who has since moved to Sydney, and becomes well-regarded for her hospital work. This figure captures the struggle perfectly.

Send Enquiry for The Smuggler Quarrel