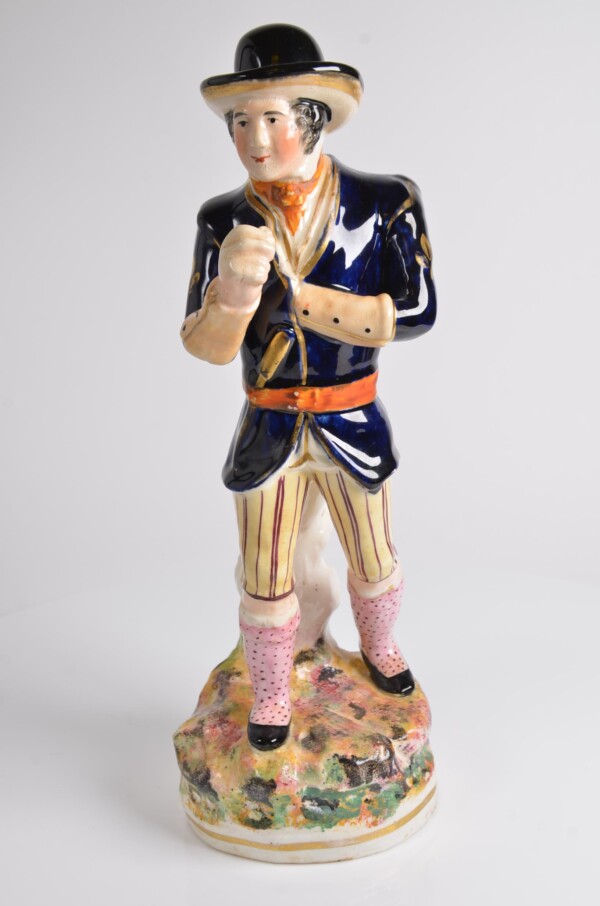 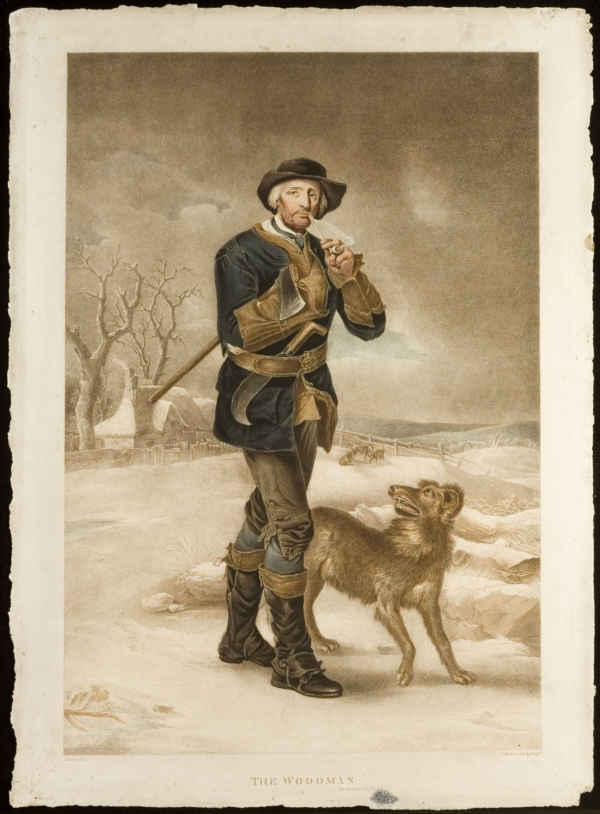 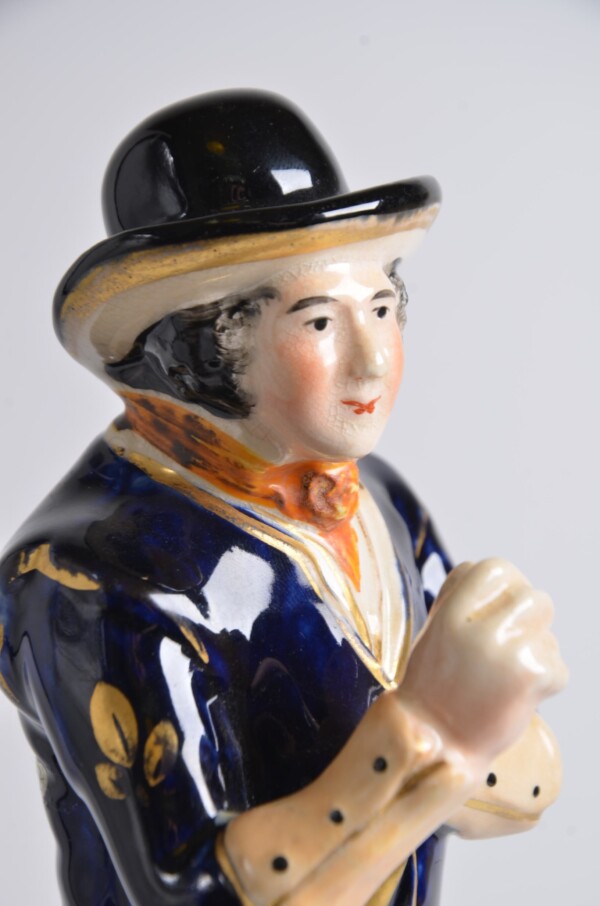 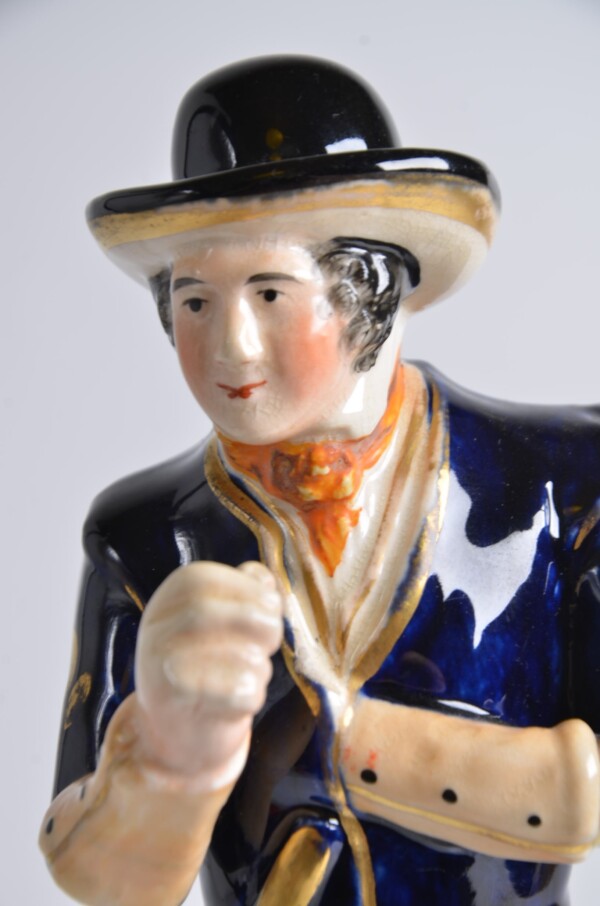 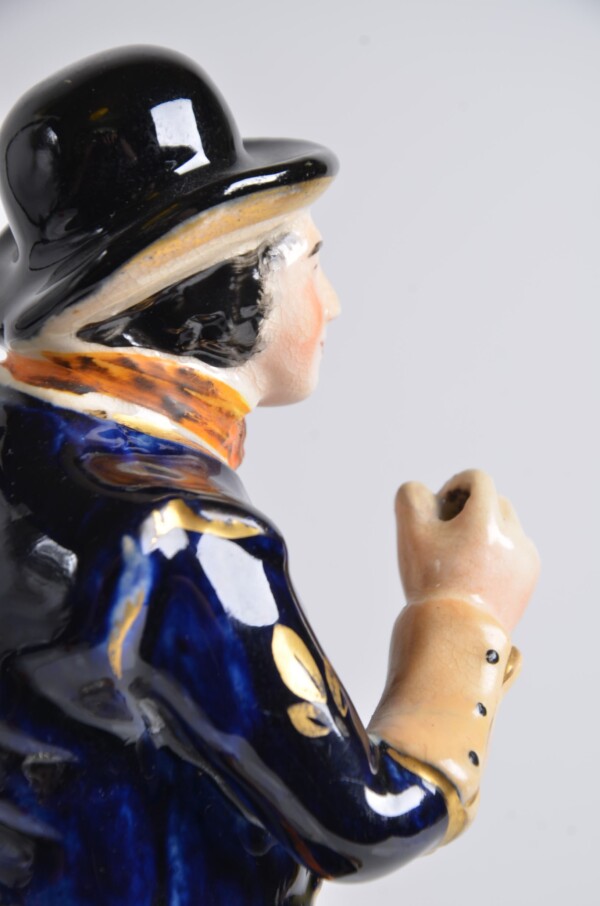 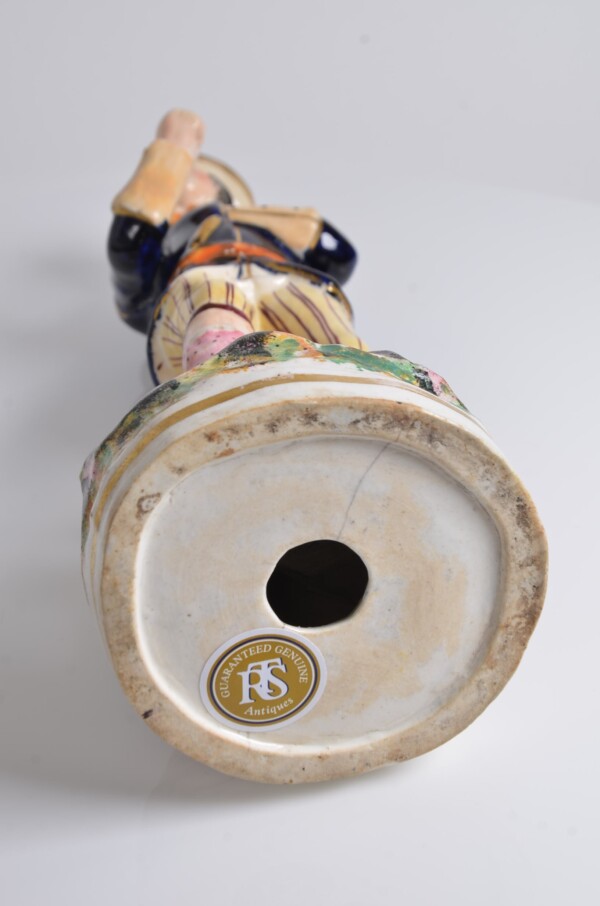 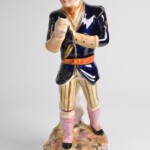 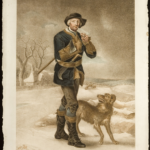 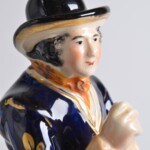 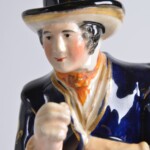 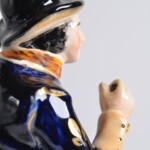 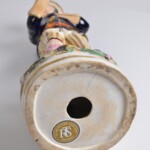 A fine example of ‘The Woodman’ standing wearing a hat, shirt with neck scarf, buttoned jacket, trousers, and knee-high boots. He has one hand tucked into his jacket while his right arm is positioned to be holding an axe. The axe and pipe would have been too vulnerable to make in clay so would have been added later, perhaps carved in wood, or fashioned out of metal. A hole can be seen in the right hand were the prop would once have been placed and hung over his right shoulder. The guilders have skilfully included the trimming knife, it can be seen tucked into the woodman’s belt.

There has been much speculation over the years as to whom or what this figure portrays. Anthony Oliver in his first book, likened him to ‘Gentleman John Jackson‘ the champion prize-fighter, while Harding considers him part of a set, depicting ‘Country Occupations & Pursuits’. There has also been debate as to which manufacturer produced them, the Lloyd’s of Shelton, Dudson or even others?? My feeling is, yes, to all of them, but different interpretations. This one is possibly by the Dudson factory. What is now known is that they are all fashioned from the same source, an engraving by Bartolozzi after the painting by Thomas Barker of Bath. It was titled ‘The Woodman’. This example is a fine imposing figure with fantastic rich cobalt blue jacket, c1840’s.

Please don’t be put off by the large air hole in the base, unusual as it is for a Staffordshire figure to have one of this size, I can assure you it is quite original.