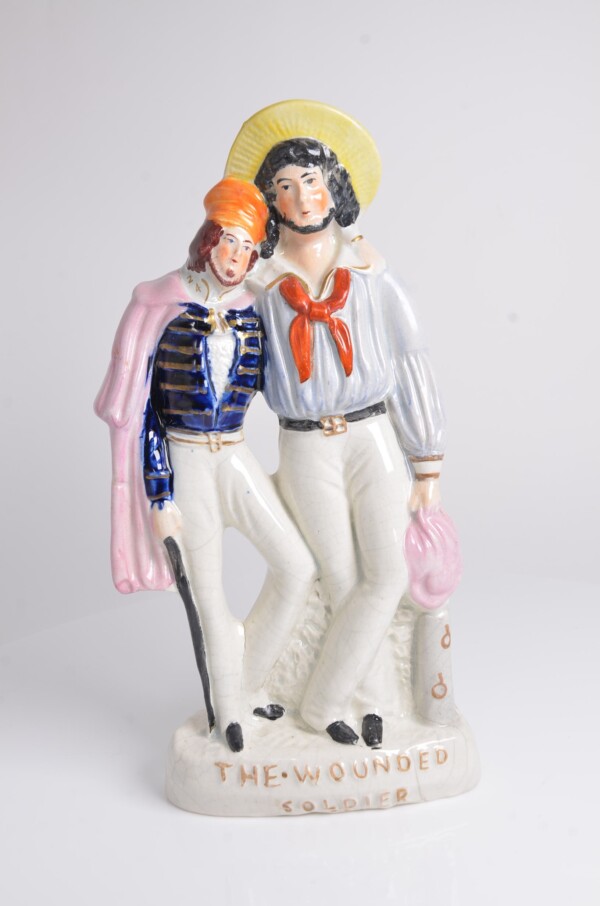 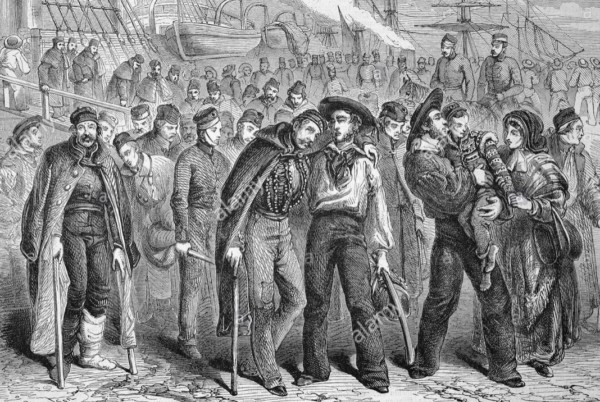 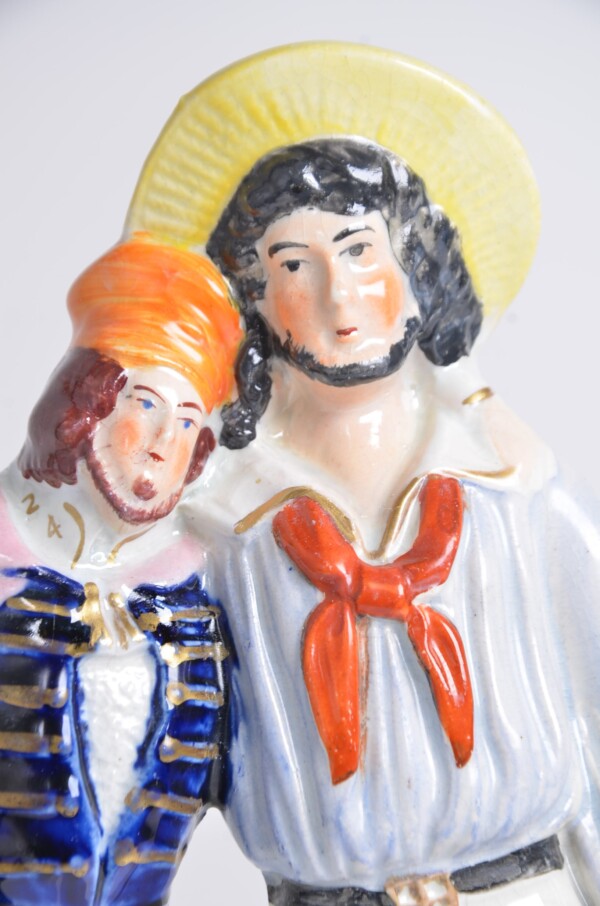 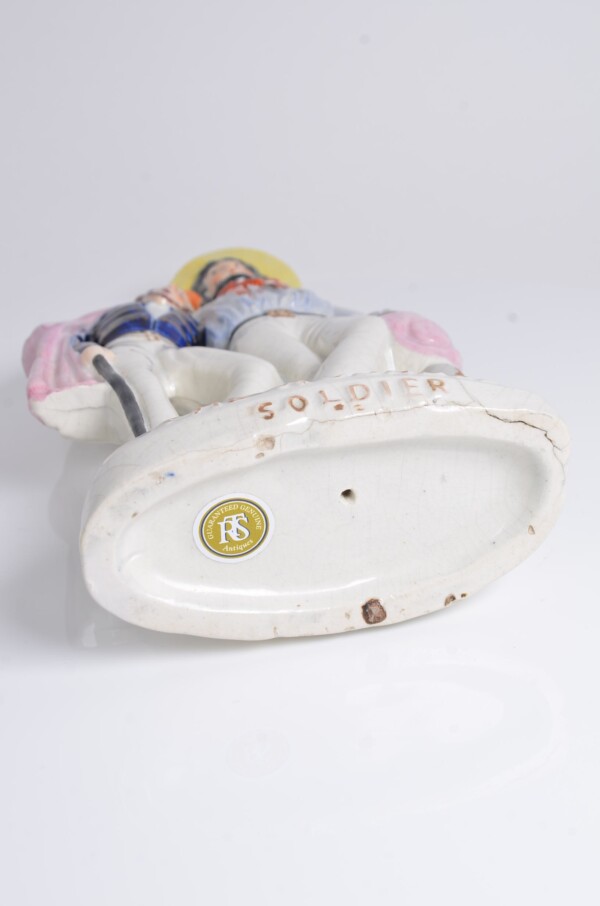 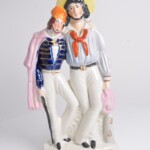 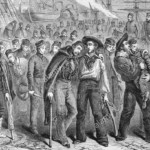 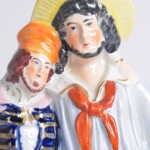 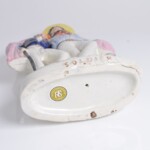 A Crimean War group figure of a soldier and a sailor standing on a titled gilt lined base with raised capitals, the soldier with his right arm to his side holding a walking stick, his left arm around the sailors shoulder, wearing a hat, tunic, cloak and trousers, the sailor standing cross legged with his right arm around the soldier, his left to his side holding a bag, wearing a boater, neckerchief, shirt and trousers with a belt around his waist. This is the slightly smaller version of the two figures available.

Please take a look at the illustrated engraving that appeared in (Cassell’s Illustrated Family Paper) on the 7th April 1855, entitled ‘Landing of the invalided and the wounded,’ which is the source for the figure.