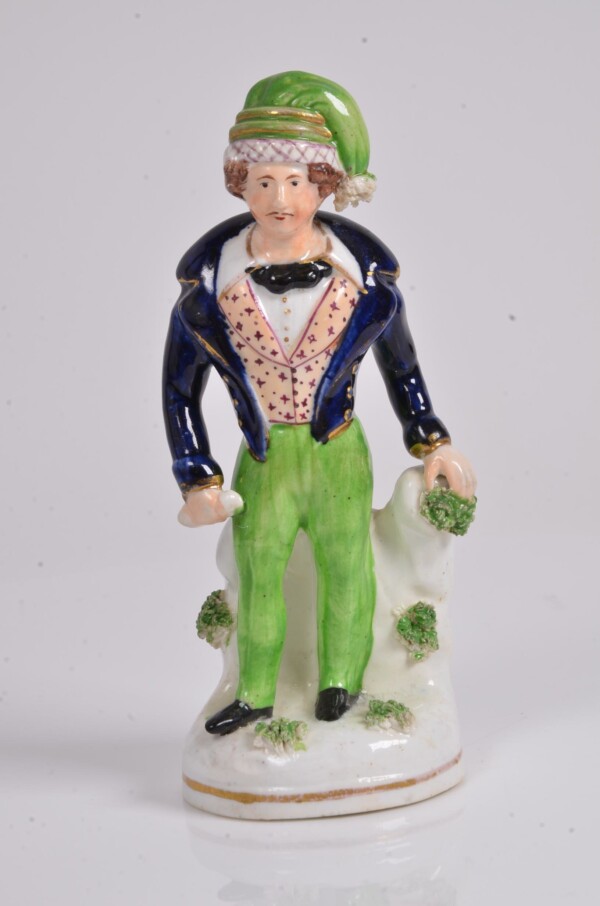 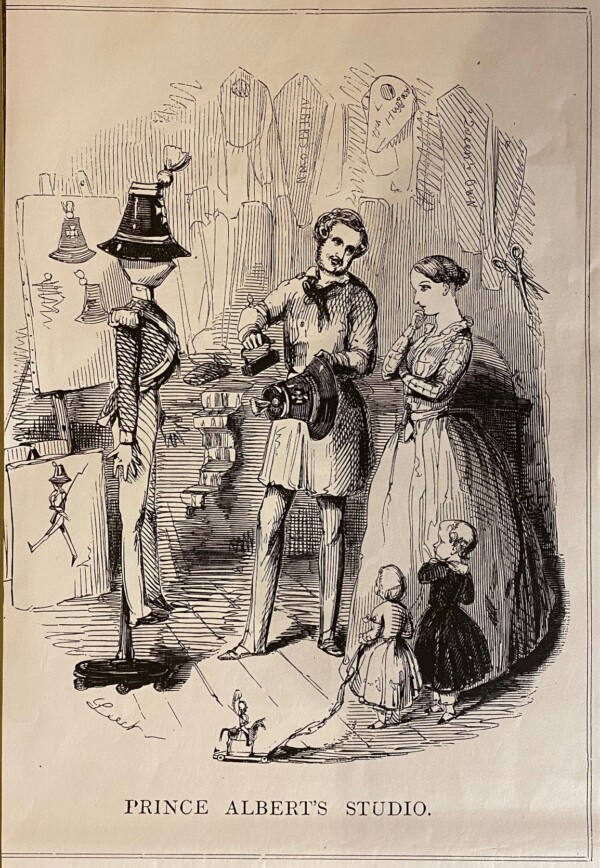 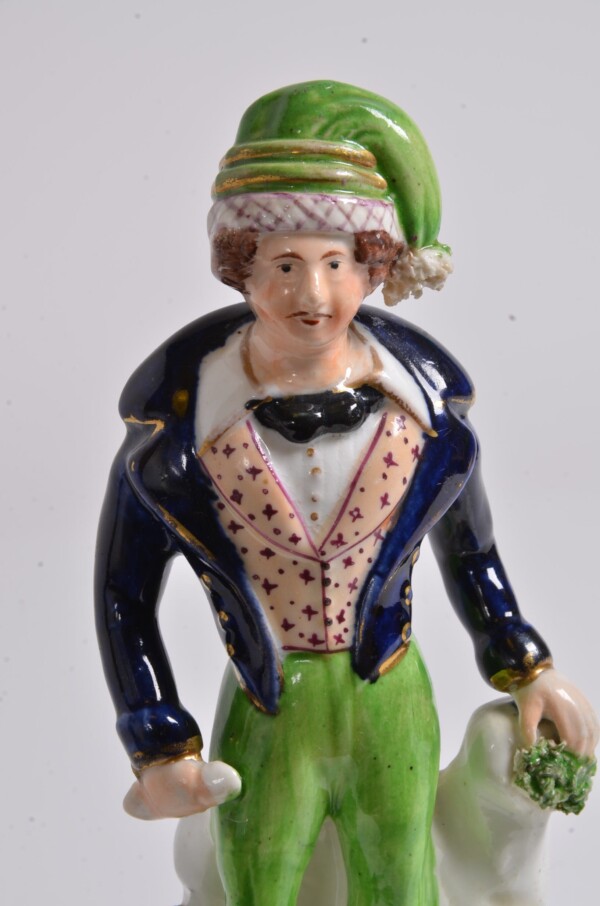 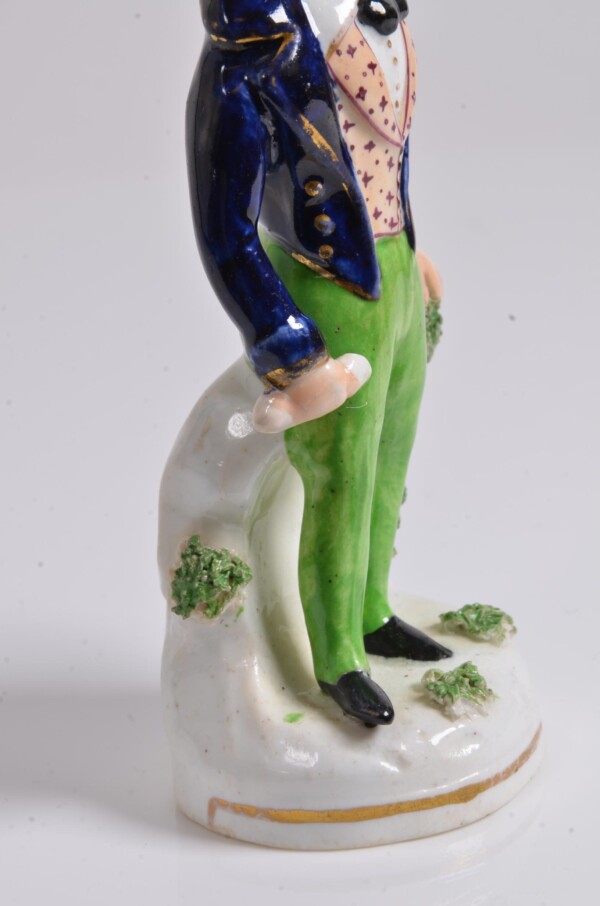 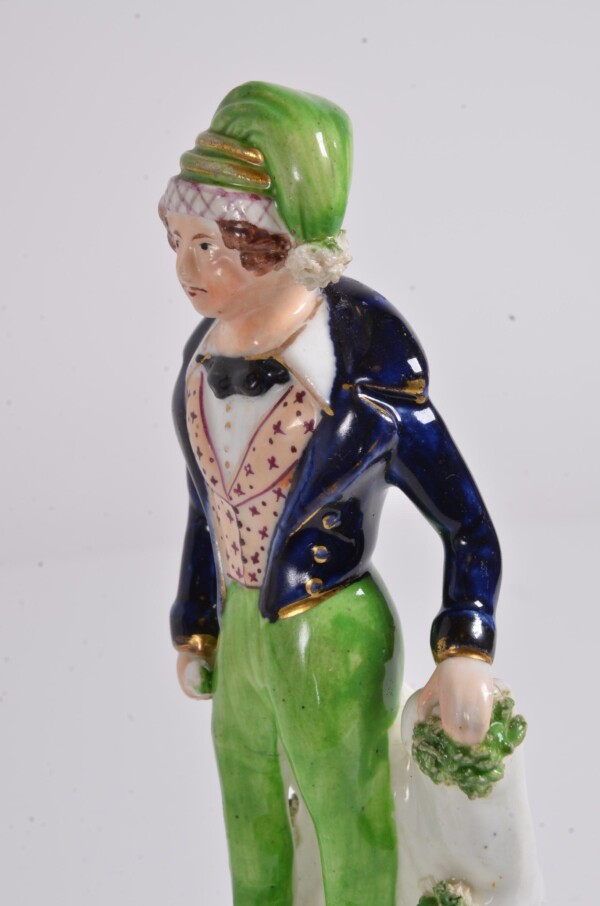 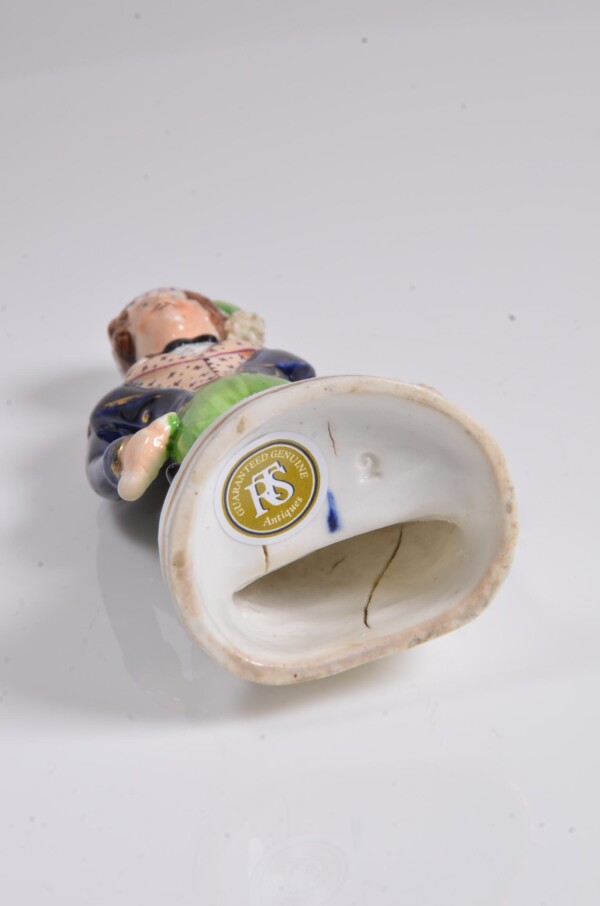 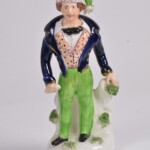 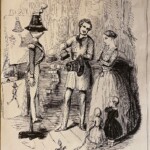 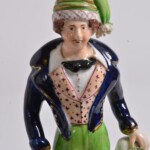 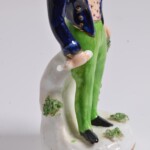 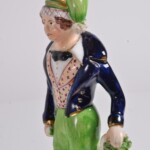 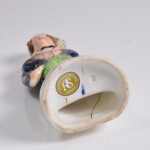 A very rare and previously unrecorded standing figure of Prince Albert. It is not well known that Albert took on the role of designing uniforms for the armed forces in his early years, it did not go down very well for the young Prince. The satirical publication ‘Punch‘, also known as ‘London Charivari’ ran a number of article’s during 1843 that ridiculed his designs, this figure is a rare survivor of the publics and subsequent potters distaste of his efforts. A very well modelled and detailed piece of Staffordshire pottery none the less!

With lacing and everything else of the kind;

That the soldiers who run from the enemies whacks,

Will cut a good figure in turning their backs, And look at the beautiful infantry hat—

Did aught ever bear a resemblance to that?

With its side ventilation, intended, ‘t is said

To keep all the soldiers quite cool in the head.

Exactly the thing ‘t will trial be found,—

We offer the hat for a couple of pound.

If soldiers are meant for alarming a foe,

The Prince only asks, and he fears not denial,

For all his ingenious inventions a trial.

At his Royal establishment that you may view

With facing of McIntosh crossways extended,

For storming at garrison much recommended;

And thus it’s pretensions to merit he clenches,

He warrants twill keep out the wet in the trenches.

And warranted easy for bunion and corn.

His prices, he trusts, none will fancy our dear,