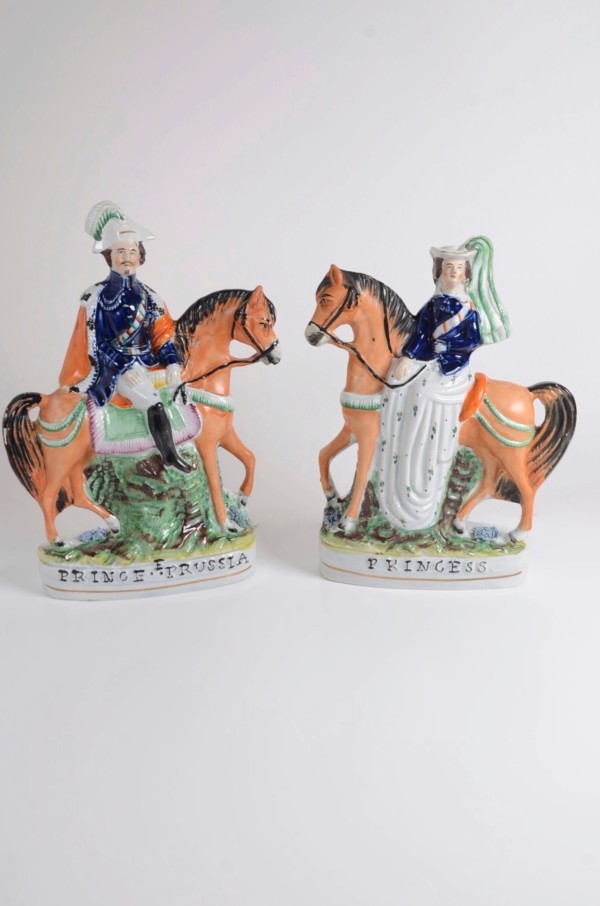 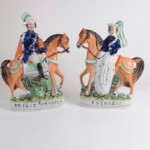 A superb true pair of Staffordshire figures, made by the Dudson factory c1857 to announce the betrothal that year to Victoria Princess Royal (Queen Victoria’s daughter).  Prince Frederick William of Prussia is on horseback facing right, in plumed cocked hat athwartship, cloak and military uniform, on a titled base with raised capitals. The Princess Royal is on horseback facing left, in flat hat with veil but no plume, and full riding habit, on a title base with raised capitals. The clue to the figures having originated from the Dudson factory is the use of applied blue clay tuffs or parsley decoration to the base, a well documented feature of manufacture.

This pair of figures are described by Pugh as very rare, they are in mint condition, one of the first out of the mould with no damage, restoration or repairs, they are simply stunning.